Financed from the budget of the City of Poznań 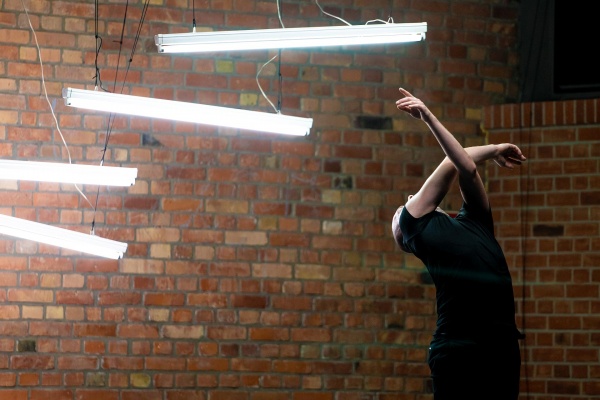 "Koda (a tribute)" is another installment of the artistic dialogue between Janusz Orlik and Joanna Leśnierowska. Created as a summary of their fifteen years of cooperation, the show is immersed in the music of Krzysztof Komeda, and thus stands as a tribute to the outstanding artist and his music, and as opportunity to reflect on the multi-level relationship and continuous artistic dialogue of two Poznań artists.

"This 'conversation' has many unexpected sounds, twists and colours to it and - most importantly for me - it is still challanging. (...) ‘Koda’ has the hallmarks of a work that should be written down in history, not only because it is formally the culmination of fifteen years of intensive work by the Leśnierowska-Orlik duo. The very fact of the work contains ambivalence - (...) it does not allow us to forget about the approaching finale of a certain era. (...) The structure of ‘Koda’ is spread over a special timeline - as a kind of summary it naturally refers to the past, but it does so in order to develop a new language, that is, to go one step further, to the future. "

The performance was included in the annual list of "Best, Best, Best" of "Teatr" magazine (category "Best dance performance in the 2019/2020 season")