Barbara Bujakowska I am love PERFORMANCE 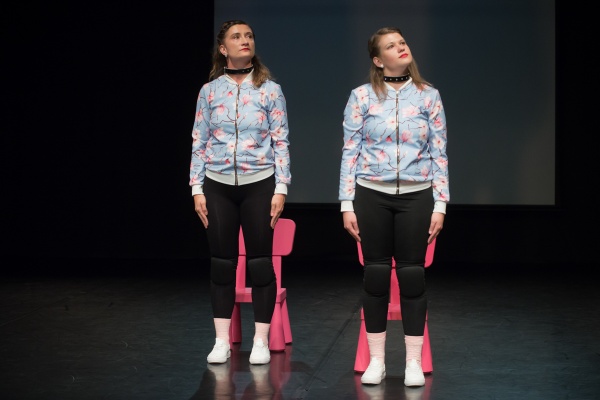 It is a performative project on the verge of dance theater, performance and para-theatrical activities. This is a meeting of two women, the consequence of which is the joint penetration of socio, religious and cultural spaces that block the natural development of individuals.
A major factor and a hot spot in the work on the project were questions about the feeling of freedom and guilt.
The sense of guilt in its elementary definition is identified with the emotional state arising in the situation of realizing a morally unacceptable act. It is often connected with the necessity of surrendering to the punishment, which the individuals impose themselves to serve for compensation, or even a long procession of atonement.

Many times, guilt is not synonymous with a real offense which, however, does not matter in the sense of guilt-filled individuals. The perceptible state becomes a reality far from the actual state, it can be said that the social systems, the culture in which we participate and religious systems are largely responsible for feeling guilty.

The aim of the project is not to blame the proverbial "Lord God" for causing us to feel that way, but to look at entangled individuals in this case women, who have to struggle with such emotions. Also, to find an answer whether they are able to find any space of autonomous freedom from the sense of guilt.