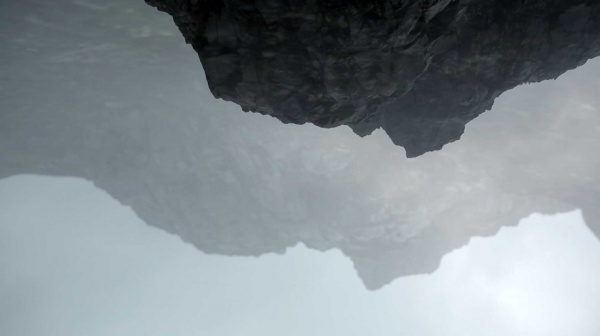 The exhibition Second Autumn presents the circulation of ideas, artistic and aesthetic approaches related to the natural environment from two periods. The first are the 1960s and 70s, the time that shaped the ideas of “environmental ethics” and “deep ecology”, raised the awareness of environmental issues and, at the same time, brought the blossoming of avant-garde practices in art. The second is the beginning of the 21st century, when a need was diagnosed to radically rethink the anthropocentric approach to ecology.

Second Autumn is yet another exhibition based on works from the Grażyna Kulczyk Collection – this time it is the work of Karel Malich, who turned landscape into the starting point of his entire artistic investigations. The Czech artist, who celebrates his ninety-first birthday this year, often refers to the representations and memories of his immediate surroundings during his childhood. Some stages of his practice were marked by a radical reduction and simplification of the sentimental landscape, while during others (for example during the period of “normalisation”, which was heavily marked by disillusionment with reality) he returned to recreating the landscape or designed his surroundings anew. The exhibition is the first to showcase works on paper by the Hungarian artist Imre Bak from the Grażyna Kulczyk Collection. Since recently, the Collection has been regularly expanded with new works by artists from Central and Eastern Europe from the 1960s and 1970s, in particular – as in the case of Bak – works of conceptual art.

The exhibition features artists who deal with the questions of the environment in ways that are typical of each of the two periods. On the one hand, there are artists active in the 1960s and 1970s, mainly from Eastern Europe (Karel Malich, Rudolf Sikora or Imre Bak), on the other – contemporary artists, born in the 1970s and active in the last decade (Hubert Czerepok, Paul Chaney, Siri Hermansen, Tim Knowles and Oscar Tuazon). This selection is supplemented by a survey of Roman Signer’s artistic practice.

The project is a review of unobvious approaches to landscape – seemingly one of the most banal themes in art. The show presents, amongst other things, conceptual approaches to landscape, approaches to nature as the artist’s studio, ways of dealing with environmental issues as an expression of the pursuit of liberty, and the search for an alternative to the anthropocentric perspective that is deeply embedded in eco-art.

What is more, Second Autumn presents works by the British artist Paul Chaney, who explores the fine line between “green” utopias and dystopian survival scenarios, as well as works by Oscar Tuazon, an artist who often addresses the failures of the “green” utopias. The latest video by Hubert Czerepok,Ecosystem, is devoted to the expropriation of Polish highlanders from meadows and pastures for the Tatra National Park in the 1960s. A similar image of a deromanticised world is presented by the Swiss artistSiri Hermansen, who explores in her practice the models of adaptation and survival techniques in modern societies that are undergoing profound changes. Her films Chernobyl Mon Amour and Land of Freedom present possible development scenarios for two populations affected by different kinds of crises (the former – ecological, the latter – economic).

The title of the project comes from a science fiction novel by Wiktor Żwikiewicz, published in the 1980s, devoted to a global crisis brought about by climate anomalies. In turn, Żwikiewicz borrowed the title from the short story Second Autumn by Bruno Schulz.