Roman Opałka (b. 1931) is one of the most eminent Polish artists of worldwide appreciation and recognition.

His painting is a record of the passage of time and a reflection of the artist’s fascinations. He himself admits: ‘I am preoccupied with time and its flow. The idea of painting time has become my programme, which will be terminated at the point of my death’.

Opałka is an outstanding Conceptualist, a master of the monochromatic palette and an author of new depths within the work’s entirety and unity. Mysticism, rhythm and the nuances of grey and white, along with a voice that lists sequences of numbers and the artist’s photo portraits make up a series which was started 45 years ago. The artist’s most famous work known as Opałka 1965/1-∞ has been continued since 1965.

The artist began the series by covering a black background with rows of white numbers. He then continued the series on a grey background which gradually, as of 1972, has been made lighter in parallel with the increasing whitening of the rows of numbers. The process of an incremental increase of series of numbers that gradually disappear into the white background because of an absence of contrast, is also recorded by the artist’s voice. The audio element is, then, not only part and parcel of the work which it documents, but is likewise a major structural component as it adds to the metaphysical dimension of the whole. Sequences of numbers that the artist has uttered throughout decades, set free from the frame of the painting, are further proof of the passage of time. In addition, as the rows of numbers are becoming ever whiter, the recordings seem in fact the sole proof of their existence in the recently finished paintings.

The incremental growth of the numbers (the artist has by now exceeded the number 5 590 000) and the increasingly lighter canvases will be presented in the very centre of Roman Opałka’s famous Octogon during the exhibition held in the Art Stations. The Octogon was designed to subject the viewer to the nuances of the changing intensity of the monochromatic palette of seven paintings. The conceptual mysticism we experience is further enhanced by the dazzlingly white interior.

The display of the Octogon of paintings will be accompanied by a concurrent demonstration of the Octogon of photographs, or self-portraits made by the artist while working on the series. The eight portraits made over the course of many years, selected specifically for this occasion, is a continuation of the profound existential experience the viewer is exposed to during visiting this part of the show. The mysticism of the paintings from the preceding section is replaced by the realism of photographs in the other part. The changes in the artist’s facial features, an effect of the flow of time, supplement this extraordinary work dedicated to the process of time passing by. This is also a unique demonstration of the underlying idea of the exhibition, namely that the subject matter and purity of the message are preserved in spite of a shift in the figuration and medium of a work of art in both of its parts.

The series of paintings is an open work, as is the series of photographs, as the artist is continuously at work on this project. This is an unfinished work that evolves along with its maker, subject to the implacable ‘chemistry of time’.

Entering the Octogon we are faced with an extremely rare experience: a capture of a passage of a section of time and the unique fullness of this precious drop of existence, immersed in eternity. This extraordinary and tantalising perspective wants to be experienced first hand...

The exhibition is accompanied by a special Anniversary Catalogue dedicated to the 45th anniversary of launching a series of paintings Opałka 1965/1-∞ and the Artist’s upcoming 80th birthday. The Catalogue, published by the Art Stations Foundation in Poznań, was possible thanks to the honorary auspices of the Ministry of Culture and Arts in Warsaw. The authors of the main essays in the Catalogue are: Jaromir Jedliński, an independent curator, former Director of the Muzeum Sztuki in Łódź, and Anne Rorimer, an independent curator and a former curator of the Art Institute of Chicago, an author of New Art of 1960’s and 1970’s (2004).

The works on display come from the Grażyna Kulczyk Collection and from private collections in Poland.

Roman Opałka (b. 1931) painter and graphic designer, in France since 1977. A graduate of the Academy of Fine Arts in Warsaw. In the period 1961-1963 he completed a series called Chronomes. Later, in the years 1963 and 1964, he worked on the monochromatic works titled Phonemats and a series of spatial constructions Hovercrafts. At that time the artist made relief paintings signed by successive letters of the Greek alphabet. In subsequent years he completed wooden compositions called Integrations (1964-1966) and a series with biblical references The Description of the World (1968-1970). His most renowned work is Opałka 1965/1-∞ , a series symbolic of the transience of time.

Opałka is a holder of many awards and honourable mentions. For instance, in 2000 he was granted an Honorary Doctorate of the Academy of Fine Arts in Łódź and the Cyprian K. Norwid Award of Art Critics. In 2009 the Minister of Culture and National Heritage Bogdan Zdrojewski presented him with the Gold Medal ‘Gloria Artis’ in recognition of cultural achievements. He took part in the Sao Paulo Biennale (1969 and 1977), in the Documenta in Kassel (1977) and in the Biennale in Venice (1995).

His works have been exhibited in most museums and galleries all over the world, including e.g. the Palais des Beaux-Arts in Brussels in 1976, the Musee d’Art Moderne de la Ville de Paris in 1992, the Moderner Kunst Stiftung Ludwig Museum in 1993, the Nationalgalerie Berlin in 1994, and the Toyota Municipal Museum in 1998. 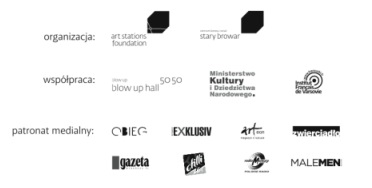