Izabella Gustowska's show New York and a Girl builds on the figure of Josephine Hopper (1883–1968) – the forgotten artist, wife and model of Edward Hopper, the American painter. She became an inspiration for a project that revolves around creative women of different generations: their choices, life stories and chances to achieve their goals and fulfil their desires. Gustowska herself is one of them – the artist is present in a double role: as one of the artists participating in the project and as the author of the underpinning narrative that concerns other women. Her phantasmal story interlaces biographical facts and inspirations, long-term and fresh fascinations, snapshots of words and images retained in memory. On another level, Gustowska’s narrative also refers to the way art comes into being. 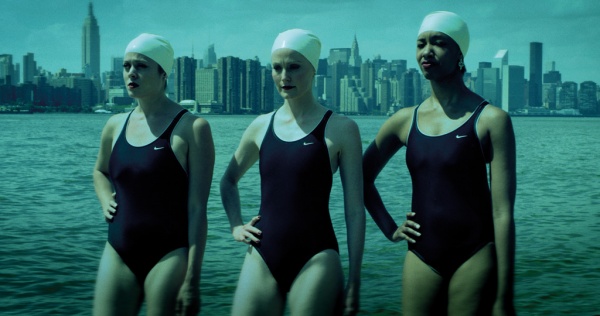 The story about women artists is set in New York City, where Josephine and Edward Hopper lived and worked. The legendary Westbeth became the project’s special landmark as a place inhabited by artists and home to artistic organisations since the 1960s, a venue with a special kind of community. Gustowska spent several months in New York in 2013, following the paths of modern-day women who live in the city and wondering which of them could be today's Josephine. Her work materialised in the form of a monumental video-installation The Case of Josephine H. (Przypadek Josephine H., the work also exists as a film, which forms part of the exhibition). The second key element of the show is the artist's film diary from the period of her work on the project devoted to contemporary Josephines. It is composed of images and words, both those shot or written by the artist herself and those she quoted. The diary focuses on women who played significant roles at various points in Gustowska’s career, as well as the women she met in New York. They include Sylvia Plath, Diane Arbus, Ada Karczmarczyk – one of Gustowska's students, Gail Levin – author of Hopper's biography, Judy Chicago – the artist behind the monumental feminist work The Dinner Party, and Ada – model for Alex Katz's paintings. 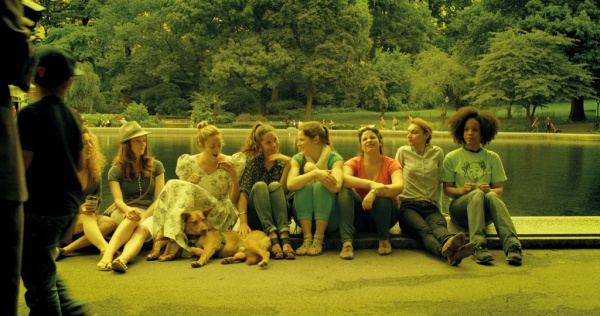 The entire show, which becomes a sensual space of images and sounds – as it is always the case in Gustowska's exhibition projects – combines virtual and material realities, while staged scenes are intertwined with footage from daily life. The cinematic spectres of passers-by appear next to real objects such as a hat brought from New York or Gail Levin's biography of Edward Hopper. Part of the show’s real sphere are also four works incorporated into Gustowska's installation: her film from the cycle The Relative Features of Similarity (Względne cechy podobieństwa, 1979; the show marks the first ever public screening of the work), Ada Karczmarczyk's film American Girl (2010), fragments of Aneta Grzeszykowska's cycle Untitled Film Stills (2006) and Eva Rubinstein's photograph of Diane Arbus at Westbeth (1971).

Izabella Gustowska's works form part of the Grażyna Kulczyk Collection and have featured in group shows organised at Art Stations, such as Love & Democracy (2005) and Installators (2014). New York and a Girl is the artist's first ever individual exhibition at the gallery.