collaborators
Mini I Pad, the books

This work was created  within  larger project "Migrant Bodies", which was supported by the programme EU Culture 2007-2013.
www.migrantbodies.eu 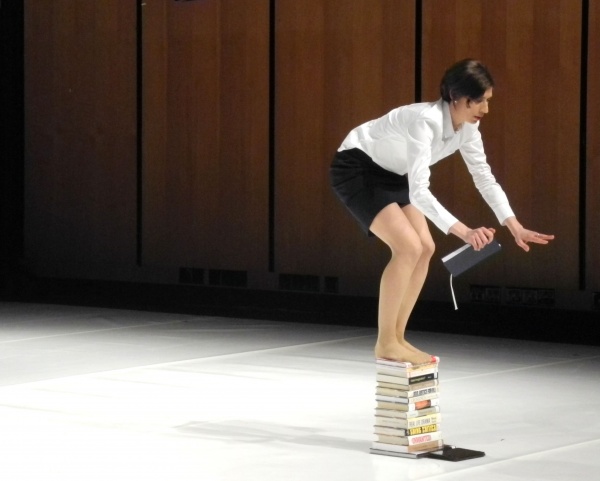 Staying alive, the latest work of choreographer Jasna L. Vinovrski, reflects upon the issues of order and control in migration of human and non human entities. It questions how the juridical apparatus of the law, which today has a crucial role in the control of the migration processes, has been affected and perpetuated by the production of knowledge and discourse around the subject of migration.
Throughout this process, the I pad as personal technological device, has had a very important role as an agent of control over the performers body. Gradually the body enters the sate of stress, which persists and increases throughout the whole piece. Constant recreation of the fragile and precarious situations for the performer reflects the idea about the state of emergency, which as W. Benjamin says: the tradition of the oppressed teaches us that the 'state of emergency' in which we live is not exception but the rule. 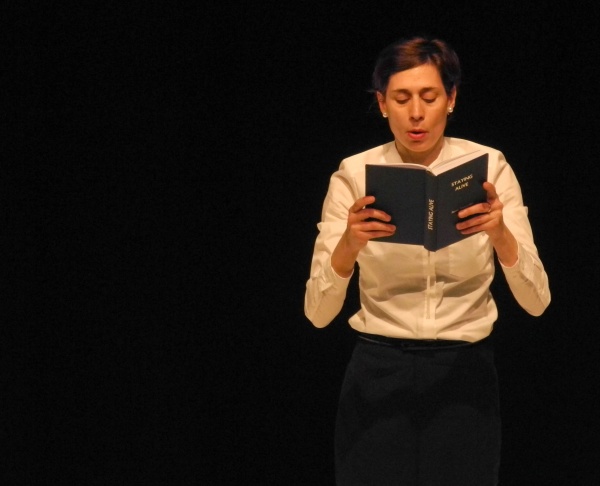 Jasna L. Vinovrski is a performer, choreographer and teacher. While working as performer for 12 years with various European choreographers (Groupe Dunes, J. Schlömer, Carlotta Sagna, Odile Duboc, among others), she began creating her own choreographic work. Jasna has presented her work at Dutch Dance Festival in Den Haag; Rencontres-choreographiques Internationales de Seine-Saint Denis and at the Artdanthé Festival in Paris; Tanzhaus Wasserwerk Zürich, Switzerland; Tanec Praha Festival, Czech Republic; Zagreb Dance Week Festival in Croatia;  Dansa Valencia in Spain etc..  In addition to her artistic work, Jasna works closely as a dramaturgic and choreographic assistant with Clément Layes. Together they have also run the company Public in Private in Berlin since 2008. In 2012 Jasna gained her Master of Arts degree at the HZT university in Berlin, and this year she started her PhD at the ATW University in Giessen, under mentorship of Dr. Bojana Kunst.

Public in Private research, reflects and questions social, political and cultural structures, as well individual position in this structures. Public in Private goal in collaborative approach is to broaden up the borders of choreographic language, intriguing different thinking, perceiving and reflecting about own and about other medias. Most relevant aim is however, further developing of choreography as contemporary art form. www.publicinprivate.com