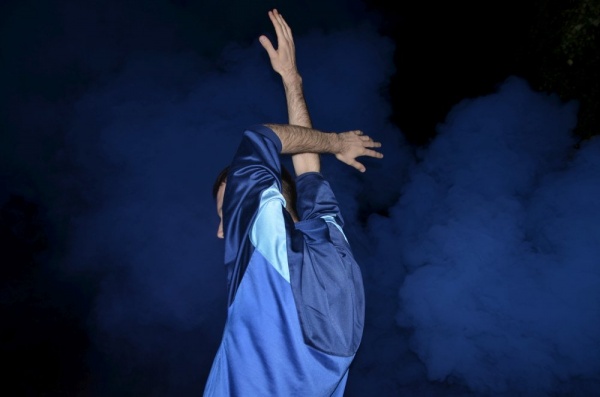 Blue screen is a post-production technique that allows image manipulation. By using an even, blue background, the camera-recorded action can be transferred to a completely different scenery. In his latest performance, Przemek Kamiński refers to the cultural history of the colour blue, approaching it through the prism of the ancient Greek term pharmakon, meaning medicine, poison, and something that must be sacrificed. The artist creates a series of vertical landscapes, in which a body irradiated by the colour moves between the visible and the imagined. The first and second plan, as well as viewers' fantasies, blend into each other, while the identity is negotiated along and across the surface of the screen. 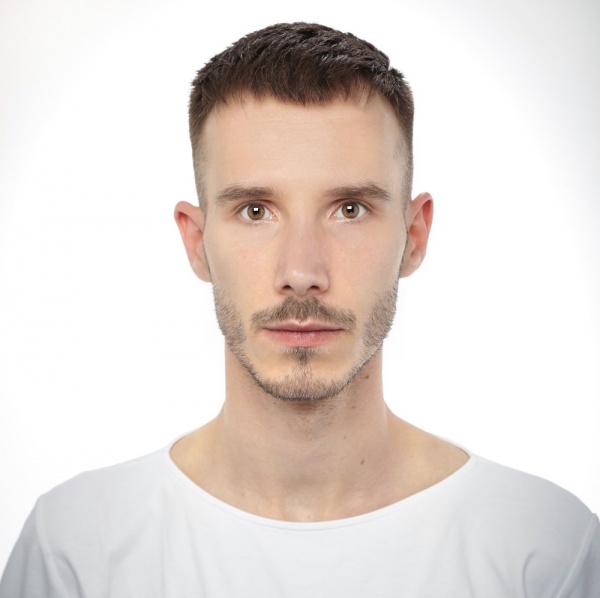 Przemek Kamiński - performer and choreographer. He creates and presents his works both in the context of performing arts and visual arts, focusing on an expanded field of choreography, that manifests itself in a multitude of formats and media. He is interested in working with already existing and circulating forms, using strategies of appropriation, remix and remediation, as well as an in-depth movement research in the process of embodiment. His works were presented, among others in the Center for Contemporary Art Ujazdowski Castle in Warsaw, Museum of Art in Łódź, Labirynt Gallery in Lublin, Jan Tarsin City Art Gallery in Kalisz, Hamburger Bahnhof in Berlin, Nowy Teatr in Warsaw, Art Stations Foundation in Poznań, during Prague Quadrennial of Performance Design and Space in Prague or Malta Festival in Poznań. He completed his choreographic studies at the HZT Inter-University Center for Dance in Berlin. He was an artist in residence, among others in I.C.I./CCN in Montpellier or Visegrad Artist Residency Program (art quarter budapest, Budapest). He participated in many research programs, including Reseach Academy (Zurich University of Arts); Artists Research Laboratory (Fondazione Antonio Ratti, Como) or Alternative Dance Academy (Art Stations Foundation, Poznań), which he was a scholarship holder. He collaborates on a regular basis with the dramaturge Mateusz Szymanówka and as a dancer with the Berlin-based choreographer Isabelle Schad.