Yvonne Rainer Out of the corner of the 60s. dance.doc

Presentations of Yvonne Rainer’s films and materials about her work
26.06 / 16:00 Słodownia +2 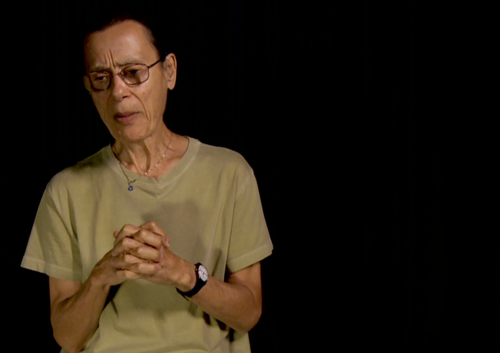 Yvonne Rainer - avant-garde choreographer and film-maker - an icon and ideologist of the post modern dance - the revolution which has changed the contemporary dance scene and set up its new directions - will be our honor guest at this years festival.

In 60s., along with her peers (Steve Paxton, Trisha Brown, David Gordon and others), Rainer took out dance from theatre venues and, rejecting all techniques as such, glorified the body in motion as a sufficient enough reason and subject of dance. Engaging themselves in social and political issues, and most of all in the theory of movement and performance, they created an unlimited space for all kind of dance experiments. The influence of those experiences is clearly visible nowadays on any dance scene worldwide, and in works of all contemporary artists (from Pina Bausch's theatre to works of Jerome Bel or Xavier Le Roy).

Yvonne Rainer will open the festival with her lecture on the arts of the sixties and will present her own materials (including the famous TRIO A) and documentaries about her work. You can't miss this one and only unique opportunity, as there are no video recordings available from that time. Everyday during the festival Yvonne will show us recordings and slides from her own private collection, as well as her feature films, which she started making after ten years of intense work as a choreographer.

Yvonne Rainer, choreographer, filmmaker, and writer, was one of the founders of the Judson Dance Theater (l962) and the improvisational group, Grand Union (1970). Major choreographic works: "The Mind is a Muscle" (1968), "Continuous Project-Altered Daily (1969-70) "After Many a Summer Dies the Swan" (2000, commissioned by the Baryshnikov Dance Foundation for the White Oak Dance Project). Beginning with "Lives of Performers" (1972), she produced and directed seven feature-length films, including "Privilege" (1990, winner of the Filmmakers' Trophy at the Sundance Film Festival, Park City, Utah, l99l, and the Geyer Werke Prize at the International Documentary Film Festival in Munich, l99l), and "MURDER and murder" (1996, winner of the Teddy Award at the 1997 Berlin Film Festival and "Special Jury Award" at the 1999 Miami Lesbian and Gay Film Festival).

Rainer has received numerous awards and fellowships, including two Guggenheim Fellowships, three Rockefeller Fellowships, a MacArthur Fellowship, a Wexner Prize, and four Honorary Doctor of Fine Arts Degrees. Has authored four books: Yvonne Rainer: Work 1961-73; The Films of Yvonne Rainer; A Woman Who...: Essays, Interviews, Scripts; and, most recently, a memoir: Feelings Are Facts: a Life.

Rainer is currently teaching at the University of California, Irvine, as a Distinguished Professor of Studio Art.