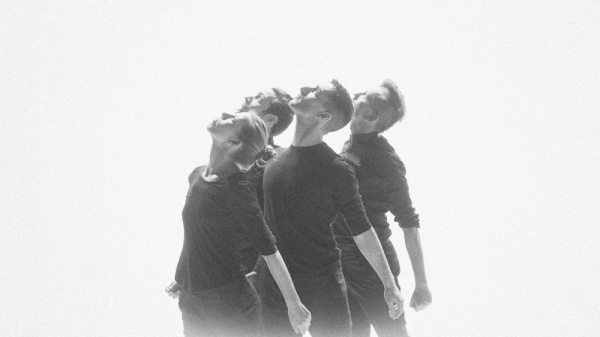 Opus explores the world of classical music and presents it visually on stage. It investigates central norms of music and how they apply in so utterly different form of art as dance. Body becomes visual representation of instrument, and musical score dictates choreography. This performance does not elucidate sentimental aspect of music. On the contrary, the main wish is to detach from its sentimental impact and resist tendency for interpretation. An attempt to examine our automatic response to music.

Christos Papadopoulos graduated from the School for New Dance Development (SNDO) of the Amsterdam School of the Arts, The Netherlands in 2003 and from the Dramatic School of the National Theatre of Greece in 1999. Christos is a founding member of the dance company Leon and the Wolf. His personal projects include: OPUS / Porta Theatre 2016, Elvedon / Porta Theatre, ARC For Dance Festival, Athens 2015, Counter Reset / Melkweg Amsterdam 2003. In collaboration with choreographer Vaso Giannakopoulou, he conceived and developed the performance Digono / Panorama Dance Festival, Athens, Alexandria Egypt 2005, Istanbul Turkey and Arnhem Holland 2006. As a performer Christos has participated in dance projects by Dimitris Papaioannou, Alexandra Waierstall - Noema Dance Company, Kirstin Kuyl Anderson - WEGO dance company, Robert Stain, Fotis Nikolaou company X-it, Natassa Zouka, Marousso Karaleka, Saskia van de heur, Martin van de Drift, Mariella Nestora and Ria Higler. He has also worked extensively as a choreographer and movement director for theatrical productions. Christos was a member of the choreography team responsible for the opening ceremony of the European Games in Baku 2015 and opening and closing ceremonies of the Olympic Games in Athens 2004. Since 2013 he collaborates with Odeion Athinon Theatre Academy as an instructor of choreography, composition and improvisation. He has also taught workshops on technique, composition and improvisation in Athens, Chania, Thessaloniki, Copenhagen. His ELVEDON was presented within our program at Malta Festival 2016.