26th of June, 18.00, Studio Słodownia +3
ANNA NOWICKA
I never fall apart, because I never fall together 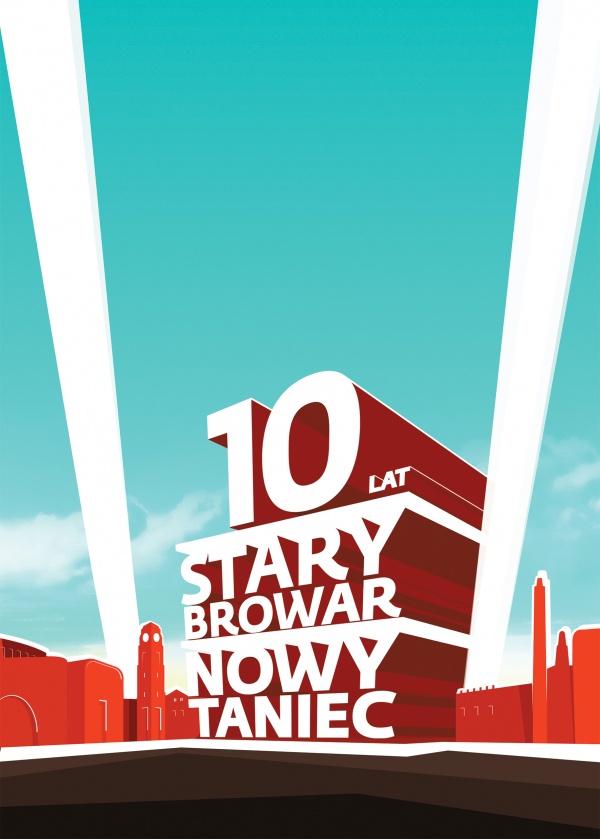 To celebrate this, POLISH DANCE will be the main focus of the Old Brewery New Dance programme at the Malta Festival this year!

In 2004, the Art Stations Foundation by Grażyna Kulczyk created Old Brewery New Dance, the first multilevel programme for presenting, promoting and supporting contemporary choreography in Poland (so far, it has also been the only programme in Poland to operate on such a large scale). From the beginning, the programme’s mission has been to present artists and their achievements, to popularise knowledge about the latest avant-garde trends in the art of dance, and, most of all and in line with the catchphrase “ART DOES NEED SUPPORT BUT ARTISTS DO!”, to consistently support young Polish choreographers and to permanently situate them on the world map of dancing.

During a decade of very intensive operations, we established Studio Słodownia +3 in Poznań’s Stary Browar. The Studio has grown to be a centre for choreography advancement – a regular show venue and, primarily, a space for creation, known throughout Europe and beyond. Since 2004, the Studio has delivered, with the assistance of the Art Stations Foundation, over fifty contemporary dance productions. Moreover, in 2006, we launched the first dance residency programme in Poland called Solo Projekt. This led to a specific generational shift in Polish dance and introduced to the stage a group of extremely talented artists whom theatre critic Witold Mrozek dubbed the “Solo Generation”. The uniqueness, diversity and maturity of their artistic explorations, their openness to formal experimentation and ability to self-reflect, as well as their willingness to engage in theoretical discussion about the art of choreography, contradicts the common perception of Polish dance as solely oriented at “dance theatre” in its traditional understanding, and transforms the young Polish scene into a dynamic leader in the development of this field of art in Central-Eastern Europe.

During this year’s Malta, the SOLO GENERATION artists will make camp in the Słodownia building and will take over its space to create an interactive PERFORMING ARTS EXHIBITION/INSTALLATION. Being the result of dialogue between the young Polish artists, it will display the character and richness of their choreographic concepts. It will also invite the audience to the anniversary performances/interventions within the spaces of Stary Browar and to morning classes/workshops during which the young choreographers will introduce their colleagues and viewers to the specifics of their practices. The classes/workshops will also be an opportunity to talk about individual approaches to choreography and dance-making.

Furthermore, the Studio Słodownia +3 stage will show some of the most interesting dance productions created recently in the Solo Projekt programme.  They will open with the première of one of our anniversary productions, a performance created by Dutch artist Sjoerd Vreugdenhil in collaboration with seven Polish dancers and composer Szymon Brzóska. Another special guest will be Australian choreographer Rosalind Crisp, whose show will mark the start of further work on the Art Stations’ upcoming production, a choreography/installation project for a large number of Polish performers, scheduled to première in October.

Stary Browar is constantly buzzing with the creative energy of dancers and choreographers and this is what our anniversary edition of Old Brewery New Dance at Malta 2014 will also be like. Celebrate with us the successful decade of Polish dance and our programme!