special thanks to Dorota Kabała and Yiannis Papachristos

Project developed in collaboration with an experimental musician and composer Gerard Lebik, realized and performed for the first time in March 2014, in frame of performance event  PERFORMAT, curated by Anna Czaban 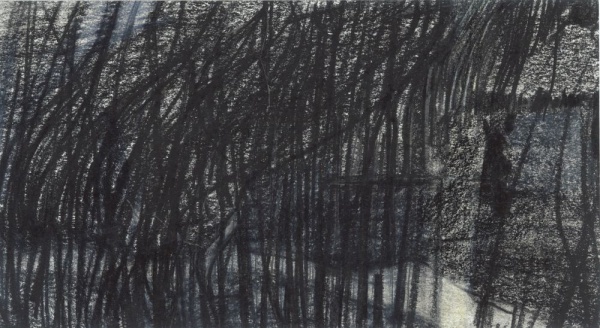 noish~ [commotion in moderation] is a performance which attempts to stay one thing, to insist on a discipline up to fail. The sensual body filtrates noise through itself, intensifies within space the breaking down of all her becoming[s]. A feeling that noise is not a sound, noise is not a cry; noise seen as fun, works as a stimulus and a catalyst for change. Dance and music intertwine and all we see is the vibration of the shell, never the cracking.

Marysia Zimpel focuses on movement research, exploring limits of physicality. She studied dance and choreography at HZT at the UdK in Berlin, as well as cultural studies at the Adam-Mickiewicz University in Poznań, PL. Her debut in 2011- “Working like a Dog” (ImageTanz, Brut Theatre, Vienna, AT), was a duet with a poet Ezra Green. Further works: “What do you really miss?” (2012/2013, SoloProjekt, Stary Browar, Poznań, PL), s c a t t e r ( CK Zamek 2014 thank to FrivMove Zamek, Poznań, PL), noish~ ( 2014 City Gallery Arsenał, Poznań, PL) “What do you really miss?” (3) (in progress). She worked and collaborated with artists a.o.: Rosalind Crisp, Kat Valastur, Isabelle Schad, Deufert&Plischke, Alexandra Borys, Zeina Hanna, Bryan Eubanks and Gerard Lebik. She is present in a dance scene mostly in Poznań, Vienna and Berlin. After Agnes Martin she calls herself an abstract expresionist.

Performance is being presented in the frame of Polish-Israeli Choreographic Exchange.