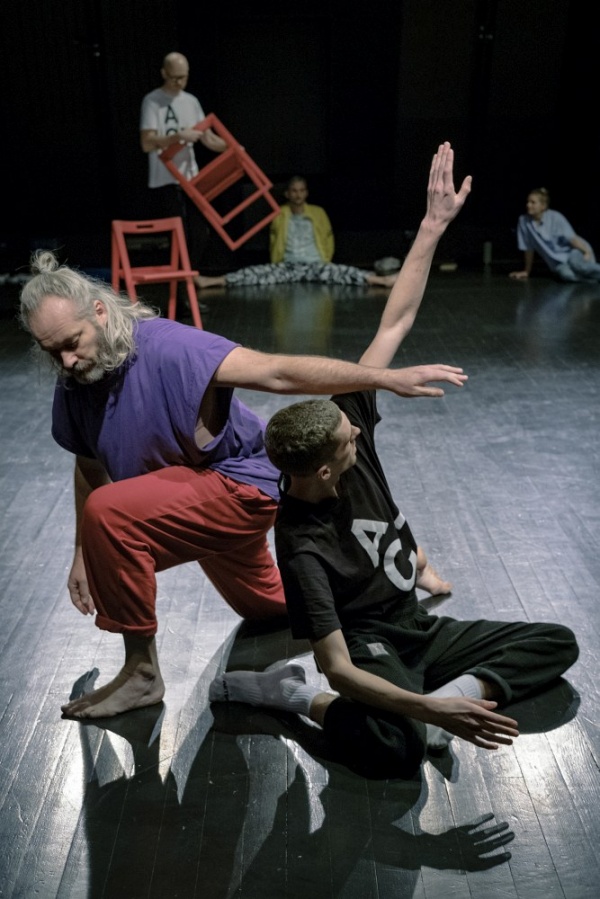 How does dance in Poland and Germany mirror the changes in the process of democratization after ‘89 and the growing relationship of the two countries? Where is the source of energy with which young artists initiate their projects characterized often by feminist, queer, utopic and political motivation? The work reports significant change from traditional authoritarian structures to egalitarian, democratic work-methods where modes of creation, questions of gender and critique of institutions revived the field of choreography.

Peter Pleyer - after some years as actor in German theater Peter Pleyer studied dance at the European Dance Development Centre (EDDC) / Art Academy Arnhem, NL. He worked as dancer and choreographic assistant with Yoshiko Chuma, New York and Mark Tompkins, Paris. Since his studies he is a long time collaborator with Ezster Gal/Budapest.

In 2000 Peter moved to Berlin with a big interest in the theoretical studies of dance and dance making. He is frequently asked to supervise and coach performance projects in Germany and Sweden, with a focus on new methods in dance training and composition in which improvisation plays an essential role. Here he developed choreographing books, a lecture/installation, with his view on the development of dance studies in the US and Europe. He helped to create a dance education for contemporary choreography in Berlin and is teaching at different European festivals. From 2007-14 Peter was the artistic director of Tanztage Berlin Festival, and in 2012 and ’13 he was in the programing team of Sophiensaele Berlin. He develops and performs his own performances  at the Ponderosa Tanzland festival, Stolzenhagen and in Berlin, as a guest performer he can be seen in the work of Keith Hennessy and Antonija Livingstone.

Peter regularly  performs and teaches  in Poland, he worked as dramaturge  with Marysia Stokłosa, in 2010 and 2018 he was mentoring artists of Art Stations Foundation’s Solo Projekt program. The moving the mirror performance with the participation of Polish and Berlin performers was created in 2016 in  cooperation of the Art Stations Foundation and the Center for Contemporary Art - Ujazdowki Castle.