During their residency artists worked on their newest piece SPEKIES. 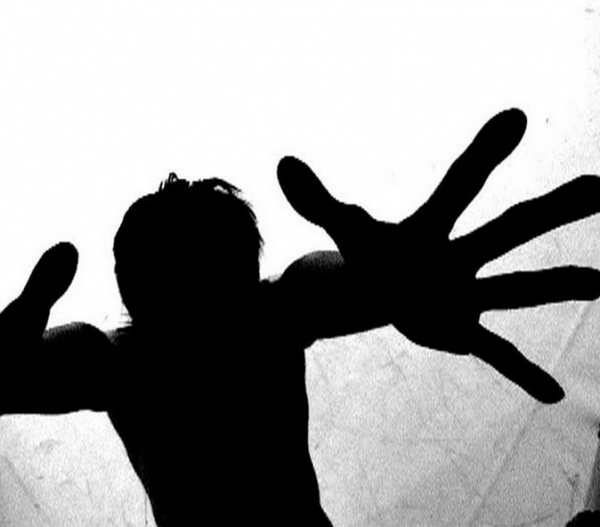 Between 19th and 28th of April Old Brewery New Dance will host French group La Zampa. During their residency Magali Milian and Romuald Luydlin will work on their newest piece SPEKIES. Residency is part of modul-dance programme.

SPEKIES
(‘species’ is a latin word. That means aspect, vision, appearance)
The shock of vision is a place of wonderment. It is a physical place. We want to see what is behind the shape and what holds back the face. A study of a skeleton, a polymorphous vibration, an enigmatic silhouette or a suggestion of a ghost. Which utopia is contained within the body as it dances?

Magali Milian studied at the Avignon Conservatory and went on to the CNDC in Angers. Romuald Luydlin following on from his English degree started to learn Butô with Sumako Koseki and Nô theatre with Master Kano. Together they began to train in Aikido and develop different approaches to movement.

They founded the compagny La Zampa and both work as choreographers and performers. Since 2000, they have produced Fleeting Smile, Pour quelques miettes (a short film), Les dents de travers, Le Ciel audessus de sa tęte, Si tu veux je tue le chat and the special performance Temps 0 for the Center of Contemporary Art in Albi. In 2005 they created Dans le collimateur for DSN-Dieppe Scčne Nationale and the Dream On project with the solo pieces Tracks 1 and 2 which they originally presented at the VISU festival before taking it to the Théâtre des Hivernales and the Festival d’Avignon Off the year after. They continued to work on these pieces and other projects whilst concentrating their research on sound and image with Tracks 3-4-5-6 which they worked on closely with Loran Chourrau (video director), Valérie Leroux (sound director) and Pascale Bongiovanni (lighting designer). Following this experience collaboration developed and continues with the GMEA/Albi-Tarn Musical Creation National Center. La Zampa produced various performances with the Red Sniper collective (Patrick Codenys – musician, founder of the group Front242 and contributor to the company since 2005 and Kendell Geers – visual artist). They also performed in Crash(s) ! Variation, by Bruno Geslin (Antipodes 2008/ Le Quartz, Scčne Nationale de Brest). In the same year they presented La Tombe du Plongeur at the Rencontres Chorégraphiques Internationales in Seine Saint-Denis and in some concert halls, Le Bikini in Toulouse and El Médiator in Perpignan, which gave them the possibility to experience new performance opportunities. In 2009 in residence at the Théâtre de Nîmes, they approached yet another dimension to the theater stage and created Daisy Cutter, working with the scenographer Marc Lainé.

In 2010/11 they have started to work on the Requiem project with the guitarist Marc Sens and the rapper Casey. This piece is being created in successive steps using contexts and situations that have never been seen before – an abandoned swimming pool, a prehistoric cave, a loading bay and a chapel. This project is being supported by the European ‘Focus on Art and Science in the Performing Arts’ programme. In 2012, they joined Modul Dance / EDN - European Dancehouse Network - with their new project Spekies. They also participate in the Collectif Les Habits Noirs new project, Dégradés, written by the authors Caryl Ferey and Jean-Bernard Pouy. Meanwhile, since 2007, they organize Laboratories Investigation (Paris / 2007; Berlin / 2008) with dancers, actors, musicians, visual artists, videographers, anthropologists ..., placing the body, its nature, its alternatives in the heart of different perceptions. Finally, since 2010, within the framework of the Initiatives Culturelles Eurorégionales thrown by the Region Midi- Pyrénées, artistic exchanges are conducted, with the company N'Naranja (Barcelona / Catalunya) and the Collective Moebius (Montpellier / Languedoc-Roussillon).