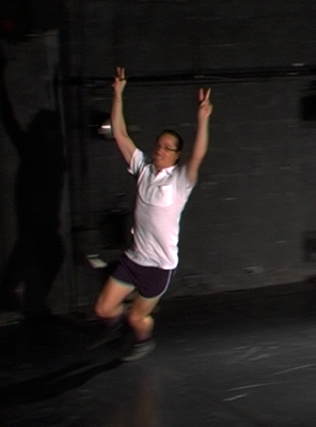 A comic lecture performance examining the choreography of everyday life in Israel - Why do Israelis get in each other’s way for no apparent reason? Why do Israelis constantly bump into one another on the sidewalks (and everywhere else)? Why do Israelis have such a hard time stepping aside and making way for other Israelis? And why do Israelis block each other’s way so much?
Describing and analyzing the main chronic “bugs” that plague the everyday choreography of Israel, the piece is attempting to find the root causes for these bugs. As always (when analyzing Israel), the holocaust would naturally be taken into account, because well.. it is only natural, but other factors will also be considered. By the end of the piece, I promise you, you would have the advantage of understanding what the hell is going on inside an Israeli’s brain, an ability I guarantee your friends just do not have! 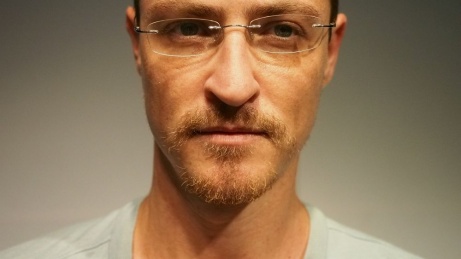 Rotem Tashach, independent choreographer and performer, was born in 1975. Grew up in IDF military bases till 1982. He’s currently working and living in Tel Aviv, Israel. He studied visual arts (Bezalel Academy), interactive art (New York University) and art history (Tel Aviv University). In 2012 he created a performance Paved Life, than Morphophilia and Ambiphobia (2013) and Some Nerve (2015). Tashach is currently working on a book titled Body vs. Order, which deals with different historical contexts of movement, physicality, dance and dance phenomena (such as the ancient greek Dionysia, medieval dance fever, the expressionists’ utopian community at Monte Verita, Madame Mao’s ballet propaganda etc.). He gives a lecture series by the same name at Kelim School for Choreography in Bat Yam, Israel. He’s adjunct faculty member at the Jerusalem Dance Academy as a choreography, performance and acro-dance teacher.