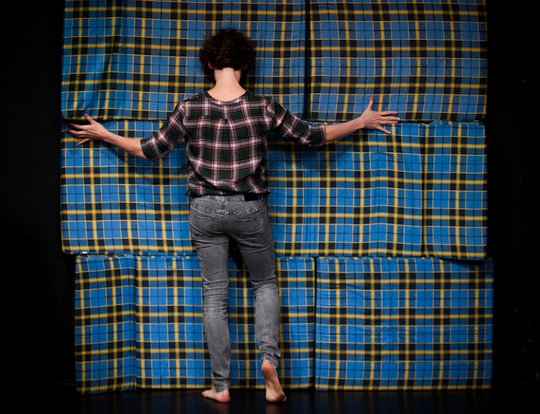 Intercontinental is a piece for one performer and 7 mattresses without any music. It is a changing landscape of images. It is a constant build up and decomposition of scenes, actions and logic. It is a search for intimacy in the absence of the other person. It is very matter of fact. It is a simple gymnastics. It is a practice of being sensitive. It is an attempt to find comfort in presence of imaginary people. 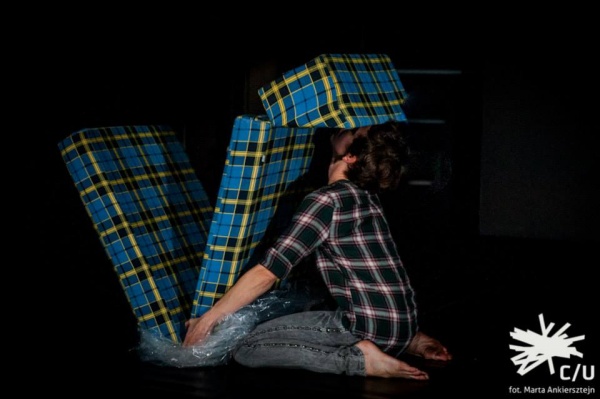 Marysia Stokłosa - choreographer and dancer.
Studied choreography at the School of New Dance Development in Amsterdam (2003 - 2007) and contemporary dance at the London Contemporary Dance School at The Place in London (1997-2000).

Her latest works include: Intercontinental - a solo with 7 mattresses, The Right Hemisphere, Vacuum and Let’s Dance Chopin - work made in collaboration with her father Janusz Stoklosa, Iuventus Symphonic Orchestra and eleven dancers which premiered at the Expo 2010 in Shanghai.

She also engages in mix-media work such as project X-Apartments in Warsaw and Mannheim (Germany) working in collaboration with visual artist Julia Staniszewska.

Marysia worked as a dancer for Berlin based choreographer Jeremy Wade touring his Glory and And pulled out their hair…worldwide between 2006 and 2008.
She also danced in This Universe by Maija Reeta Raumanni; Project Zero Point by Sara Shelton Mann; Die Zauberflote with choreography by Min Tanaka; B.O.B The Final Cut by Dick Wong; sex me not by Aitana Cordero; Vivienne by Lea Anderson and Bach Bench by Jonhathan Lunn.
She practices improvisation and took part in numerous music and dance improvisation projects in Poland and The Netherlands.

Since her return to Poland in 2008 Marysia has been very actively involved in stimulating the development of her local dance scene. She leads the Burdag Foundation and creates new opportunities for dance such as Performing Arts Residency Burdag in Masurian Lakes (www.burdagstudio.com) and most recently CENTRUM W RUCHU - an artist-run working space for a collective of independent choreographers in Warsaw. In 2011 and 2012 she has also curated a New Dance Review (Przeglad Nowego Tanca) - an international festival of young choreography.