How to talk (with the artists) about (created by them) art? A 5-day workshop on the subject of giving and receiving feedback. For artists and audiences. The aim is to increase awareness of the role of the feedback process in an artist’s development and to discuss some “hows” and “whens” to consider when utilising such practices make sense. 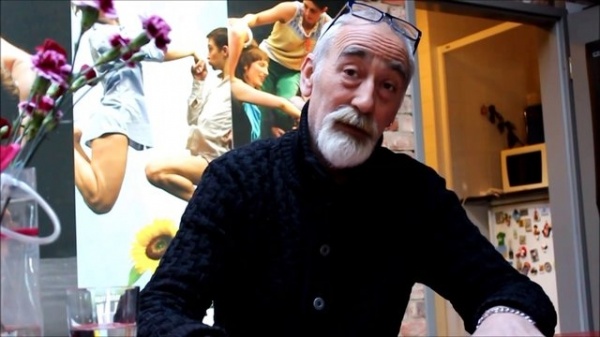 After a long career as a truck driver, Bush Hartshorn (UK) graduated from Dartington College of Arts in 1982, with a degree in Theatre Language. Since then, he has been working as a dramaturge, performer, festival curator and artistic director of various cultural institutions in the UK, Spain, Belgium, the Netherlands and Ireland, and recently in Denmark where he was the artistic director of Dansehallerne Copenhagen. In 2009, Bush qualified as a coach in Relational Dynamics which has informed his work in mentoring young artists. Since 2015, his focus has been on mentoring young choreographers in Australia, Cyprus, the UK, Spain, the Czech Republic and many other countries. Also in 2015, he became the dance programme curator at Sardegna Teatro in Cagliari, Italy.

In 2013, Bush was the artistic mentor during the 8th edition of Solo Projekt, Art Stations Foundation By Grażyna Kulczyk.

Above all this (and against all odds), Bush Hartshorn is a lifelong fan of Liverpool Football Club.