supported by
The Polish Ministry of Culture and National Heritage 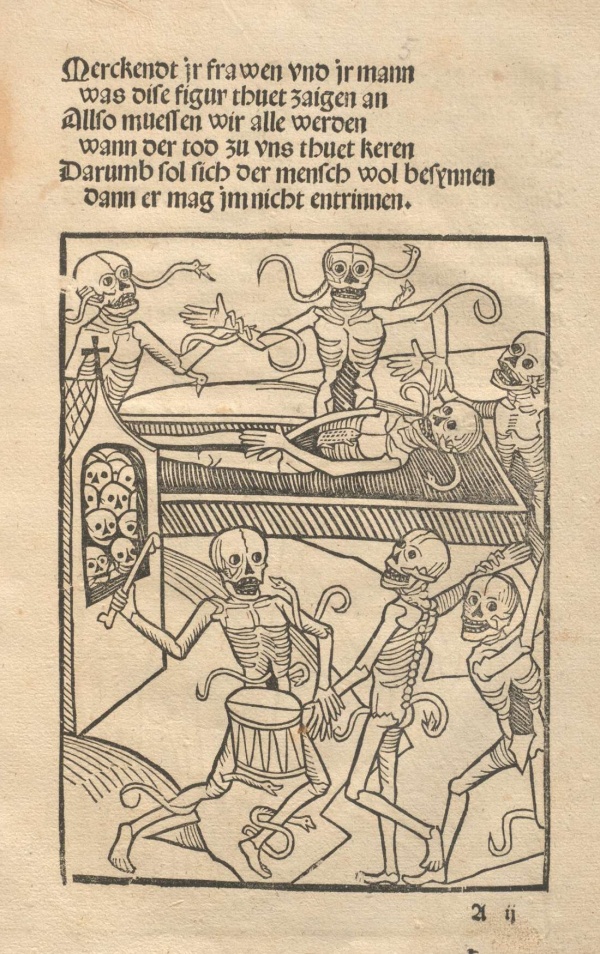 Death is one thing that cannot be experienced. It is an irreversible event from which one doesn’t come back. With the person gone, the possibility of experience vanishes with it. To this philosophical statement, in her new performance, polish choreographer and performer Renata Piotrowska, with a humour and distance, opposes the experience of theatre, understood by the theorist Peggy Phelan as the place in which society “rehearses for loss, and especially for death.” Piotrowska’s solo “Death. Exercises and variations” embodies this rehearsal quite literally. As she attempts to stage the encounter with death, she goes through different scenarios making up a performative diptych that travels through centuries of (in)experience with death while she draws on its artistic, cultural and social representations. Based on the observations that the contemporary body aspires to defy dying more then ever, and that the omnipresence of death in the media is conversed by its evacuation from our everyday lives, she turns to some historical hallmarks associated with the issues of death and dying, such as dance macabre, ritualistic repetition, personification, violence, exhaustion, gore or eroticism. Choreographing it as an elusive partner through its many faces, Piotrowska is trying to track our understanding, or lack thereof of death today.

„In Piotrowska's work mortality is a permanent feature of choreography, which, being a practice that organises matter in time and space, produces images and bodies that are in the star of constant decay.“ Mateusz Szymanówka, 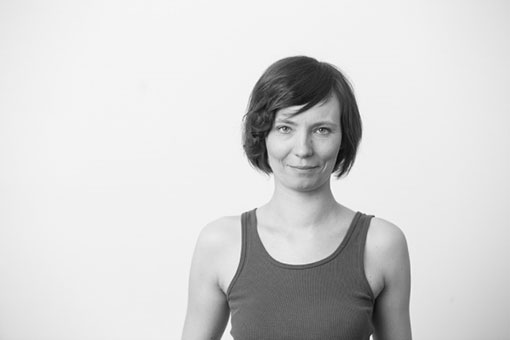 Renata Piotrowska was born in Warsaw, Poland. She is a choreographer and performer. She works with contemporary dance, new dance, performance art and contemporary theatre. She started her career from practicing contact improvisation and improvisation, which she was treating as tools for her first pieces. She is an author of spectacles from the series UNKNOWN – an interactive dance project which was proposing an alternative forms of spectator’s perception. Nowadays in her works, on the side of the artistic interest in a perception, she contemplates contemporary world through her individual experiences and theoretical texts from the human sciences. She confrotns choreography with conceptual thinking. She has created her own performances: “Teraz” / 2007, “Tańcząc z Wrogiem” / 2007, the UNKNOWN series / 2008 – 2010, “break SZTUKA WOJNY” (with Teatr Studio)/ 2010, “UNKNOWNS.SEANS” / 2011, the dance film Inside / 2011, „ON EXPRESSION“ – duet with Eleonore Didier / 2013, „The Forest“ – work in progress / 2013. In 2008 and 2010, her “Tańcząc z Wrogiem” and “Unknown” were chosen for the prestigious Polska Platforma Tańca review. She worked among others with Roman Woźniak / Teatr Academia, 2004-2006, Iwona Olszowska / 2008, Rafał Dziemidok / 2009, Nigel Charnock / Art Stations Foundation (“Happy” play) 2009, Michael Schumacher / Towarzyswo Prze-Twórcze (“just say it”) 2010. She has presented her pieces and took part in many festivals in Poland, Europe, USA and Israel, like the Body/Mind Festival and International Meetings with Art of Action “Rozdroże” in Warsaw, the International Malta Festival in Poznań, the Autumn Festival in Paris, 360 degrees in St.Brieuc, The International Dance Festival “Madrid en Danza” in Madrid, the Frameworks Festival in New York, and the International Mahol Shalem Festival in Jerusalem. In the years 2007-2011 she conducted regular improvisation classes. Renata has won many scholarships of the Adam Mickiewicz’s institute, Art Stations Foundation and the Ministry of Culture and National Heritage programme “Młoda Polska” (2010) and programme „Stypendium Ministra“ (2013). In 2011-2013 she was partecipating in master ex.e.r.ce programme in National Choreographic Center in Montpellier. Her thesis and practical research were around the notion of attention and empathy as a tools for processes and creations in choreography. Renata is a member of Center in Motion – a platform of a choreographers from Warsaw.