Appearing for the first time on the Polish stage, Raimund Hoghe is one of the most important European dance creators Born in Wuppertal, he was starting his career as a journalist for “Der Zeit” (writer, theorist, art and dance critic, and author of numerous books that portray the lives of legendary artistic outsiders). In the 80s he was dramaturg for Pina Bausch and, also at that time, wrote two books on herTanztheater. In early 90s he took his career on a different path becoming an autonomous director/choreographer. His poetic spectacles combine all the best achievements of classical “dance theater” (including popular motifs of alienation, exclusion, (lack of) love, loneliness) with the minimal aesthetics characteristic of the latest trends in contemporary choreography. Out of a mixture of grand tradition with original artistic vision and remarkable musical sensitivity, Raimund Hoghe creates unique works full of artistry and unconventional aesthetic appeal, placing him in the forefront of the 20th-21th-century European choreography. His life story and the shape of his artistic path constitute a perfect starting point for the analysis of the dance theater phenomenon – a vantage point from which we can clearly see how the artists of this genre work on the “matter” of their own experiences and sensitivity.

Hoghe has created over 10 choreographies, in all of which he has appeared as a performer too. He has worked a lot for television and his books have been translated into many languages. His choreographies have received many prizes (including the “Deutscher Produzentenpreis für Choreografie” in 2001, or the French Prix de la Critique in 2006 for “Swan Lake, 4 Acts” in the category “Best Foreign Piece”). In 2008 Balletanz International named him Dancer of the Year for 2008.

Raimund Hoghe visits the MALTA Festival with two spectacles in which he employs the two leitmotifs of his art: the love for music and the reflection on the history of dance. We'll see the solo “L’Après-midi”, performed by young dancer Emmanuel Eggermont (Saturday 27.06) and the group spectacle “Boléro Variations” (Friday 26.06). Both spectacles are excellent examples of Hoghe’s artistry and sensitivity, particularly in how they reflect on musical tradition (in this case, the bolero form, not limited, however, to obvious associations with Ravel) and dance history, the ballet tradition in particular (“L’Après-midi” is reminding us once again of the legendary work of Wacław Niżyński).

Pier Paolo Pasolini wrote of throwing the body into the fight. These words inspired me to go on stage. Other inspirations are the reality around me, the time in which I live, my memories of history, people, images, feelings and the power and beauty of music and the confrontation with one's own body which, in my case, does not correspond with conventional ideals of beauty. To see bodies on stage that do not comply with the norm is important - not only with regard to history but also with regard to present developments, which are leading humans to the status of design objects. On the question of success: it is important to be able to work and to go your own way - with or without success. I simply do what I have to do.
Raimund Hoghe

Presentations in cooperation with Goethe Institut in Warschau and thanks to support of the German Ministry of Foreign Affairs. 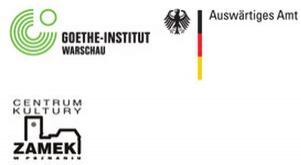