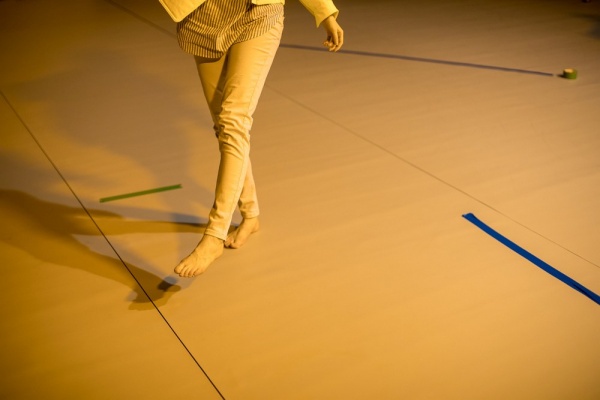 BLUR.close up seeks a visual and physical representation of the emotional condition in which we are deprived of the identified and universally accepted points of reference, in which we constantly experience (in the macro and micro scale) a fragmented reality filled with scratches of images and sounds, scraps of information, and splinters of ideas and ideology. Inspired by hand gesture of intentionally blurring a painting, the performance explores the possibility of ‘blurring’ in the context of the body and choreography.