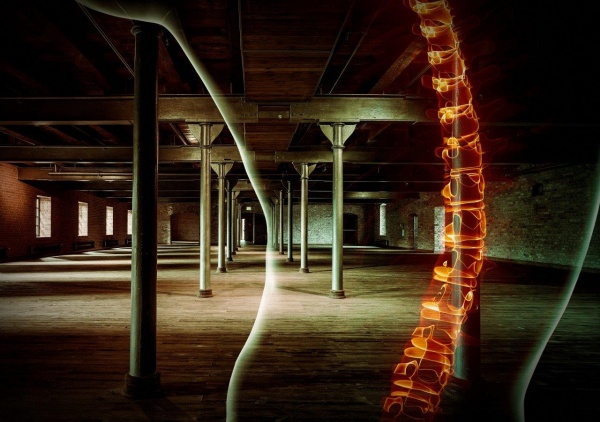 Back to bone strips dancing back to what it is made of. After 20 years of deconstructing movement, my interest no longer lies in the movements themselves, in whether some movements are better than others, but in the attention of the dancer to what produces the movement.

The choreographic practice engages the dancers in a specific decision-making process where they invoke the potential of every part of their bodies. At any moment, any part of their body could initiate, in any direction, at any speed, with any effort, for any duration. Through a rigorous training of paying attention to where movement is forming in their bodies, their attention is continually in the present moment. The dancers' attention is not on the movement that is produced, not on presenting polished, perfect moves. Their attention, rather, is on the emergent form, and in this gap the body has to adapt and may do some extraordinary moves. The dancers are liberated and empowered to allow whatever physical response is driven out by the imperative to respond to what their attention compels them to do. The innovative potential of the body to create new forms has been exhausted and in the wake of this collapse, the infinite potential of attention is exposed. We may find ourselves in a most extraordinary unfolding, where everything is unfastened, each moment a tear in time.

In the stripped bare space of Stary Browar’s Słodownia 2nd level, it’s choreographic decisions made by the dancers, in the moment, that burn the brightest. 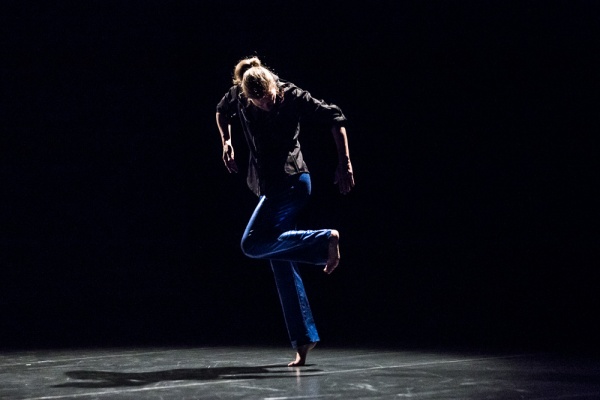 Anna Nowicka graduated from experimental academy of dance SEAD in Salzburg , Ernst-Busch/HZT in Berlin and Psychology department at Warsaw University. Her artistic research focuses on the relationship between dreambody  and dancing body, with special interest in the choreography of the imagined. As part of her practice, Anna explores different perspectives of looking, and the possibility for using different points of view as a tool to reveal the still-invisible, yet present images. Choreographing is for her a continuous study of the relationship and the tension between the creative process and its result (understood also as a by-product of the research). Her creative way began with a meeting with Anna Godowska and a long-term collaboration with a Slovenian choreographer Mala Kline. Since 2010 her individual choreographic practice is connected with the Art Stations Foundation in Poznan (participation in the Solo Project). Anna has won many awards and scholarships, her performance "Fire is raging in your hair“ won the 100 GRAD festival at HAU in Berlin (2012) , and solo : "the truth is just a plain picture. said bob ." was presented during the Polish Dance Platform 2012. Currently, Anna is studying at The School of Images under the direction of dr. Catherine Shainberg, and divides her life between Berlin and Poland.

Kasia Wolińska, The Mother of Bunnies, daughter of Eva and Darek, born in Gdansk, Poland. Quite well educated as a choreographer and anthropologist, experienced rather as a dancer. She dances a lot and with pleasure. Out of many different reasons. Was a student of Leszek Bzdyl and Kasia Chmielewska, collaborated for some years with Pracownia Fizyczna, she is the Best F(r)iend of Tatiana Kamieniecka as well as recently one of the voices of Agata Siniarska. She had a lot of great teachers. With Eva Tanko and Martin Hansen she leads the Church of the Banana, international organization based in Berlin. Since 2013 she has been actively involved in her own project "Hi Mary" that consists of: waiting, swimming, extensive cooking, singing, dancing as well as drawing, OSHO meditation, research on religion, magic and recently also exploration of the amazonian jungle and the city jungle of Lima. She also co-creates "a certain polish group in Berlin" for which she organizes the meetings with chat and cake.  She has an orange belt of Weng Chun Kung Fu. Currently studying at HZT Berlin. Has a bright future ahead of her.