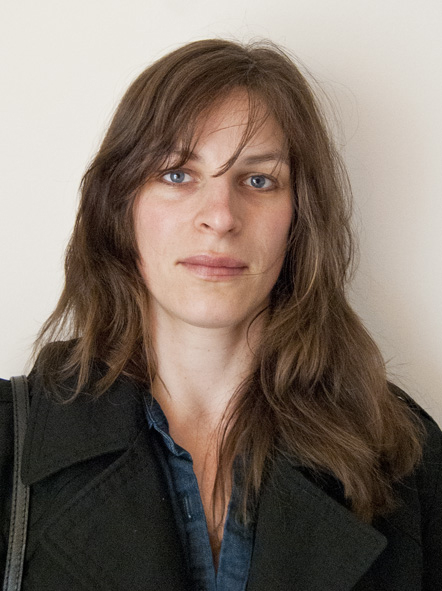 Anne Juren (1978, Grenoble, France) is a french choreographer, dancer and performer based in Vienna. After her diploma of dance at the Conservatoire National Supérieur de Danse de Lyon, her studies of french literature at the Sorbonne and her apprenticeship at the Trisha Brown Company in New York, she creates the association Wiener Tanz- und Kunstbewegung in Vienna. Her works the solo A? (2003), J'aime (2004) in collaboration with Alice Chauchat, the solo Code Series (2005), Look Look (2007) in collaboration with Kroot Juurak, Komposition (2008) in collaboration with Marianne Baillot, Agata Maszkiewicz and Alix Eynaudi have been shown in venues in Vienna such as Tanzquartier Wien, brut, and ImPuls Tanz as well as in numerous International dance and theatre festivals. Between 2006 and 2008, she was artist in residence at Tanzquartier Wien and took part in the two European artistic programs IDEE and APAP in which she develops her work Patterns of Sport and Dance in collaboration with the linguist Fouad Asfour. In 2009, she worked as a choreographer at the Burgtheater and co-curate the festival Quick Change at the Tanzquartier in Vienna. Her work Magical first part was presented in October at Tanzquartier Wien. Recently, she did present with DD Dorvillier and Annie Dorsen Pièce Sans Paroles a staged Tenessee Williams’s piece The two charactere play performed without words. She is preparing with Annie Dorsen Magical, a magic show for the summer festival Impulstanz in Vienna.