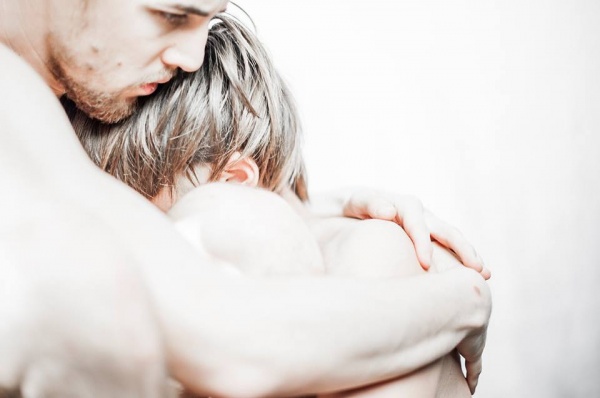 An empty frame, a male body, a female body and an ensemble of minor everyday actions torn from reality and integrated in an ethereal context deprived from the diachronic flowing of time and its hunger. This is how the bodies in the choreographies of Giorgia Nardin lie: full of matter, consumed by a “political” sentiment that goes through them from head to feet and collapses in a core hidden from the gaze, in the slowness of the movement, in the nudity, in an imposition – reassuring and cruel at the same time – of reality. An idea of being on stage - or in the world - that Nardin has been nurturing during her dance training in the most important European research centres, in workshops with national and international artists and through the collaboration with Marco D’Agostin and Francesca Foscarini, friends and fellow travellers with whom in 2011 she created the funny and disturbing Spic & Span (special mention at Premio Scenario the same year).
After Dolly, her first solo choreography on the theme of gender identity, All dressed up with nowhere to go is her first choreographic work.

A long title to stress the lack of an end or a constant and at the same time subtle transformation. To be dressed up without knowing where to go: to destroy the linearity of time, the beginning and the end, the body’s chance to find memory in the gesture, to crystallize the movement. The bodies of the performers are, on this stage, pins of reality stuck in the weaving of the performance. They touch their noses, heads; they fold cuffs and collars as if they were surprised in the street, in a supermarket, or seat at the office’s desk.
Only one limb remains still, as a goad sustaining all the weight of reality, as a trunk that digs and presses the land, vainly trying to draw out its own roots, to subsequently find itself out of balance, subject to all the force of gravity. So the bodies of the dancers react, through the continuous transformation of their degree of presence and movement awareness, to a loss of balance, through a choreography composed by a limited set of patterns that every single performer can freely use to avoid falling. This bold use of “reality” – that beyond the metaphor skilfully touches the borders of performing art- is mirrored in an immaterial dimension that gradually fills the stage through the cyclical nature of movement. Weariness is an escape route, contact is a form of protection to escape from the gaze of an observer that runs over the bare and sacred surface of the bodies without embarrassment or provocation. Everything lies there, in trying to foresee the abstract in the concrete and the reality in the abstraction, in the pale tints of the bodies and in the soft lighting of a form of warmth. And the body reacts to all this. 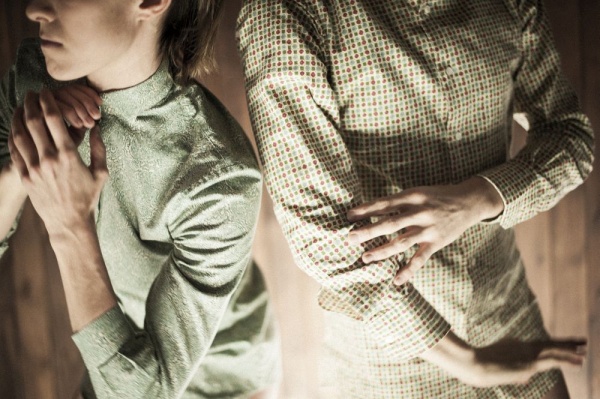 Giorgia Nardin is an independent choreographer and performer. She trained at the Northern School of Contemporary Dance in Leeds (UK), and graduated in 2010. Together with regular collaborators Francesca Foscarini and Marco D'Agostin, she created Spic & Span, winner of a special mention in Premio Scenario 2011. There and then, her first experiment in choreographic research, was selected at the Vetrina della Giovane Danza d'Autore 2011. Dolly, her first solo creation, was finalist at the Premio GD'A 2012 and received a special mention from DNA|RomaEuropa Festival. It was also included in the Italican Showcase at the Edinburgh Fringe Festival 2012.
Giorgia teaches regularly and has performed in works by Sonia Brunelli and Igor & Moreno. She has been selected to participate in numerous European projects, including: ChoreoRoam Europe 2012, an international project for choreographic research; B Project, an international project for the production of work around the universe of Jheronimus Bosch; and Performing Gender, an international project for the production of durational performances on the theme of gender and sexual orientations.
All dressed up with nowhere to go, her first piece for two performers, was the winner of Premio Prospettiva Danza 2013, and was selected to be presented in the NID Platform 2014 and been selected for a priority list of Aerowaves 2015.