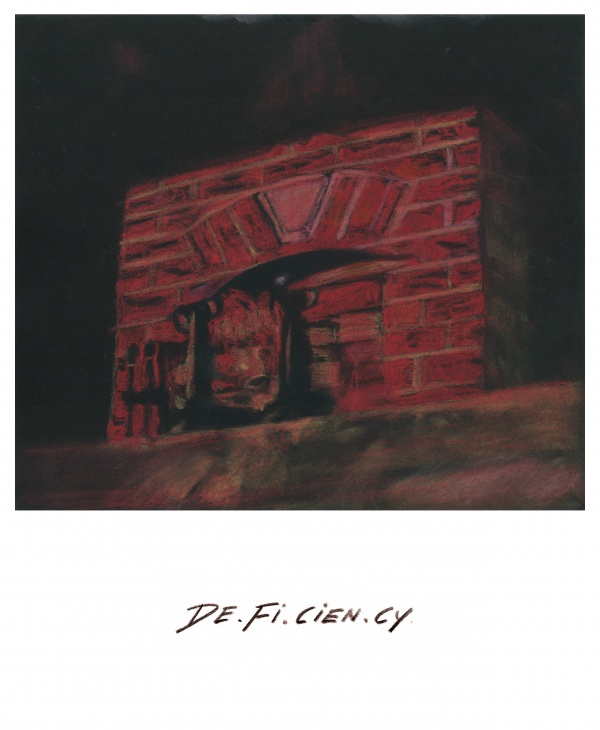 Art Stations Foundation is proud to present the exhibition DE.FI.CIEN.CY bringing together approximately thirty works on paper by each of the participating artists, Andrzej Wróblewski, René Daniëls and Luc Tuymans. The focus is on works by Wróblewski from 1955 to 1957 and by Daniëls and Tuymans since the beginning of the 1980s. They are on loan from public and private collections in Poland, Belgium, Holland, France, Germany and Switzerland. In addition, Tuymans contributes a large in situ wall drawing.

All three painters have been immensely influential and are counted among the most relevant artists of the 20th century. It is the first time that their works are explicitly aligned alongside each other.

DE. FI. CIEN. CY, like all Art Stations exhibitions, relates to the Grażyna Kulczyk Collection, by presenting the work of Andrzej Wróblewski. The painter’s work constitutes a significant part of the collection that is centred on the 20th century avant-garde from Poland and from abroad. Juxtaposing Polish and foreign art is one of the keys to Grażyna Kulczyk’s Collection; the same logic has influenced the shape of DE. FI. CIEN. CY, the current exhibition. The project is the culmination of the 10th anniversary of the Foundation’s activities.

DE. FI. CIEN. CY is based on the hypothesis that beyond differences of the socio-political context, the cultural affiliation and the generational position of the participating artists initially unrelated works may be seen as echoing each other and revealing unexpected points of contact. Such points of contact are not so much iconographic givens as they are due to a particular observer's perspective which is informed by the contemporary crisis of the image.

In each of the three painters' work the picture is manifested as deficient. In the case of Wróblewski, painting exposes the picture as a testimony to the impossibility of testimony. The work of Tuymans is constituted through addressing subjects that by their very nature refute the possibility of being depicted. “Authentic forgery” is his name for implementing the mandatory failure of the picture. In Daniëls’ painting after 1984, depiction is the depiction of a voided picture. In each of the three cases painting is constituted by negating the picture through a picture, each time however the conditions are different. Wróblewski’ s work after 1955 is informed by a double trauma, the trauma of Nazi atrocities and the trauma of the apparently failed communist model. Tuymans reacts to a toxic family constellation and consequently engages in the revision of a poisoned past and instances of ideological systems, and Daniëls’ work engages with the 1980s “return to painting” by addressing the musealization and commodification of the art work.

DE. FI. CIEN. CY examines how in the work of Andrzej Wróblewski, René Daniëls and Luc Tuymans the manifestation of the failure of the picture is turned into adecisive condition for the creation of paintings that overcome representation and generate a sense of pictorial agency.

Andrzej Wróblewski is widely considered the most important Polish artist of the post-war period. He was born in 1927 and started to make independent work in 1948 while still an art student. Ideologically he leaned towards a socialist agenda and refuted contemporary movements in Poland devoted to international modernism. His signature works from that time are a number of paintings evoking an execution that are based on his wartime experiences. In 1950 Wróblewski gave up his previous way of painting and accepted the exigencies of Socialist Realism. After Stalin's death and in the context of the “thaw” in Poland, deeply disappointed by the apparent failure of the communist model, he abandoned the socialist-realist doctrine in 1955 and reconnected to his 1948/49 work.

In his Execution pictures Wróblewski assumed the position of the “powerless witness” who exposed himself as being guilty of having been neither able to prevent the destruction of human life nor to give appropriate testimony of this destruction. This position was expressed through a generic figure type, wrongly assembled bodies, and heads and feet that were cropped off by the edges of the painting. Depicting from 1955 to 1957 a bus or tram driver directing his vehicle towards a nondescript landscape ahead, a segmented or flayed body, portraits carrying disquieting touches of colour, or an organless person traversed by slits that are sometimes identified as wounds, Wróblewski turned lines and edges that had been severing bodies in his earlier paintings into cuts and lesions slicing up the picture plane itself and thereby negating the very possibility of depiction.

Luc Tuymans was born in 1958 and grew up in Antwerp where he still lives. The first paintings that he acknowledges are from 1975, even before he started art school in 1976. His early work is informed by a rift traversing his own family, one part of which collaborated with the German occupation while the other part resisted. Pictures have referred to places of Nazi atrocities and evoked their reign of terror, but also exposed more generic scenes of unhomeliness and loss. In later series of works, Tuymans addressed different ideological systems such as colonialism, nationalism or religious belief, but also the empty places of the missing picture.

For a long time Tuymans covered the picture plane in a hesitant, testing way with short brushstrokes – comparable to a man walking on thin ice. This seemingly amateurish way of painting claims a profound lack of mastery. In some of his earlier works such as Gas Chamber, Our New Quarters or Schwarzheide it is obvious that the painting's lack of mastery transmits the mandatory failure of the picture in the face of its subject. The presented picture states painting's incapacity to depict. Tuymans has addressed this condition by coining the term “authentic forgery”: every one of his paintings is a forgery insofar it doesn't create an original and appropriate rendering of its subject but rather the rendering of a pre-existing image (or the absence of an image) that blocks access to what is to be revealed.

On the 27th of November, the day of the exhibition opening at the Art Stations gallery, Luc Tuymans will be awarded the honorary degree of the University of Arts in Poznań.

René Daniëls  –  born in 1950, is a Dutch artist who started his career in the 1980s in the broader context of the international “return to painting”. While his initial works were loosely painted and had a narrative and anecdotal inclination, he changed his approach in 1984 and developed in a more subdued painterly manner the shape of an abstracted exhibition room with proxy paintings on display. This shape became the basic figure of his works for the next two or three years. It underwent repeated mutations and became part of different constellations until it finally turned into a disposable element of the non-referential construction of a pictorial context.

Using and reconfiguring the image of the exhibition room Daniëls’ paintings reflected the situation of a painting exhibition: he depicted paintings lacking an image, a mere decoration of the gallery space. Thus he ultimately depicted his own painting as empty shapes, a void in the museum. A picture was implemented to manifest the lack of substantial imagery and thereby the fetish character of painting – a reflection of 1960s institutional critique within the framework of the 1980s “return to painting”.

The reduction of the picture to an empty form was for Daniëls the condition for producing an expanded sequence of paintings unbounded by referential premises. The shape that came to be named the “bow tie” had turned into a mark that could be freely multiplied and used to occupy all of the picture plane. In works from 1987 called Kades-Kaden or Lentebloesem [Spring Blossom] Daniëls replaced the empty shapes of paintings in an exhibition room by their written titles or he named places where certain actions were possible.

In 1987 Daniëls suffered a severe stroke and came back to painting only around 2005. He took up where he had left off fifteen years before, revisiting and reconfiguring his work prior to the stroke.