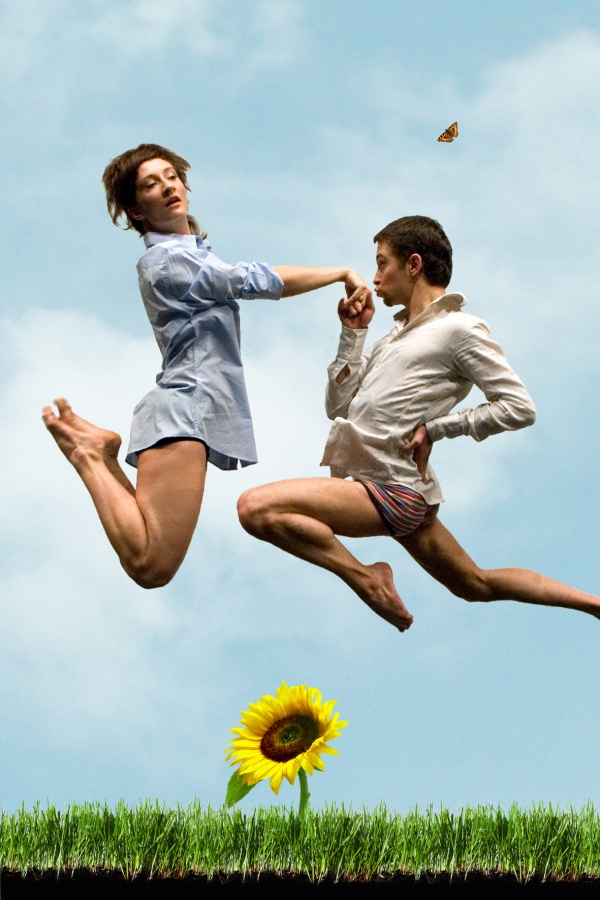 Welcome to HAPPY. Relax. Everything is going to be alright. Mad dance dinosaur from England Nigel Charnock has come to Poland to make the people happy. Nine weird and amazing characters dance and sing their hearts out in a story of love, lust, vodka and death. Get happy, be happy, see HAPPY.

Nigel Charnock – dancer, choreographer, actor, film director and playwright , a legendary member and co-founder of DV8 Physical Theatre. Educated as an actor, he then turned to dancing and performed at the London School of Contemporary Dance. His career began in 1982 at the Extemporary Dance Theatre. In 1986 together with Lloyd Newson he established the cult British DV8 Physical Theatre, where he produced such shows as Dead Dreams of Monochrome Men (for which he received the London Performance Award in 1990), or Strange Fish, staged all around the world and filmed by David Hinton for BBC 2. After the departure from DV8 Charnock cooperated with various European artists and theaters: VOLCANO THEATRE COMPANY (L.O.V.E., The Message and How to Live, Macbeth), the Danish TIN BOX theater (Me Myself I, Crying Out Loud and Crush Test, Heaven), RICOCHET DANCE COMPANY (5ive Part One), COMPANHIA INSTAVEL (Too Much is Not Enough), Helsinki City Theatre Dance Company, whose director he was for 3 years (The Big Because, Intelligence of the Heart, Baby and #777 - A love story, Life, and First Sex & The White Room), Tanz Theater in Vienna (Meaty).

Nigel Charnock Described by the European press as "the poet of the body and the dancer of words", "the virtuoso of provocative physical theatre" (The Independent), “a 20th century response to Lord Byron” (The Guardian). He has reached mastery of smooth transition between dance to theater, which he achieves by abandoning traditional understandings of individual genres. His work is a fusion of elements derived from various artistic forms – it is a synthesis of movement, word, music, dance, and lately also film. His productions are original mixtures of specific (British) sense of humor, pure wild fun and black comedy. His choreographies are in the main centered around the themes of sex, love, God and death.

Another fascination of Charnock’s is improvisation, with which he creates crude theater, one that knows no limits and no fear. Every single of his improvised performances is a unique, unrepeatable experience both for the dancers as well as the audience. Each of these shows can be witnessed only once. Once it is staged, it happens for the first and the last time. Charnock tears to pieces the established boundaries of a dance spectacle, continually exploring and pushing forward dance as a genre and combining various disciplines and different media.

The project is part of the official program of POLSKA! YEAR – A British Festival of Polish Art and Culture

POLSKA! YEAR - A YEAR OF CONTEMPORARY EVERYTHING FROM POLSKA

Under the brand name of POLSKA! YEAR a major cultural offensive from Poland will begin n the UK May 2009 and will last through May 2010. The program embraces almost 200 events representing contemporary Polish theatre, film, art, music, design, architecture and much more. What looks like the most impressive presentation of Polish culture ever held abroad will take place in many cities throughout the UK.

The communication strategy for the entire program has been devised by Wally Olins, one of the world’s top names specializing in country and event branding. He claims that for many people in the UK, Poland remains a rather unknown country, somewhere in Europe, with a name that sounds very much like … Holland. That’s why he came up with idea of using the Polish word for Poland. Hence: POLSKA! YEAR.

BE A PART OF POLSKA! YEAR www.PolskaYear.pl 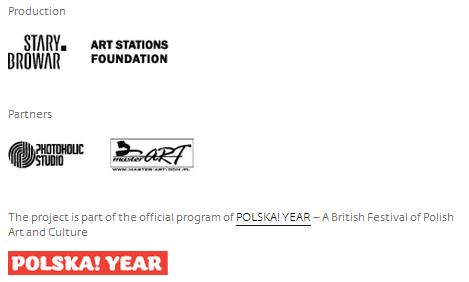