MEMOIRS OF A SCATTERBRAIN DOCUMENTARY FILM 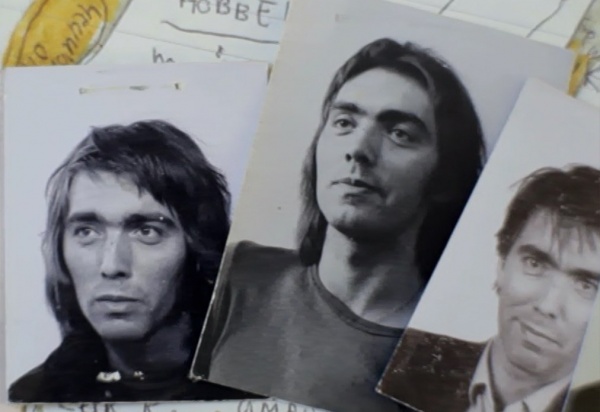 René Daniëls is the least known in Poland of the three painters whose works are presented in the DE. FI. CIEN. CY. exhibition. In February, our guests will be able to get to know his work and life better, thanks to the screenings of the documentary film “Memoirs of a Scatterbrain”.

Daniëls is something of an outsider in the art scene of the second half of the 20th century. His work began to develop in the late ‘70s and early ‘80s. Daniëls’ paintings were too colourful and anecdotal in comparison with the “serious” conceptual art of the ’60s and  ‘70s, on the other hand, it was too conceptual in the context of the neo-expressionist painting emerging in 1980s Europe. This period also brought a sudden increase of awareness of the economic value of art. Daniëls, though he himself began to achieve success in the art market, was regarded by art critics as an opponent of turning art into a commodity, which he demonstrated above all in the “beautiful exhibition”series of paintings.

Daniëls accelerating career was brutally cut short in 1987 when he suffered a severe brain haemorrhage. He returned gradually to painting, after nearly two decades, in 2005, and though his creative abilities are limited (he can only draw or paint with his left hand), he still keenly refers to many of the motifs from his work before the illness, as well as developing new ones.

Because, following the haemorrhage, Daniëls cannot speak (or, as his friends claim, he doesn’t want to), the film-makers let his friends speak for him, who speak fascinatingly about his life and work, about how the energy of the underground culture of Eindhoven (the artist’s home town, where, with minor interruptions, he has lived his whole life) influenced Daniëls’s painting and how his work is developing now.

In the film, fragments of video from the artist’s private archives and those of his friends from the ‘80s are interwoven with modern footage, filmed, among other things, during the preparations for Daniëls’ solo exhibition in Madrid’s Reina Sofia museum, the artist’s trip to New York, as well as at his home in Eindhoven. Al these images are accompanied by energetic punk and rock music, which was the background and inspiration behind Daniëls’ paintings in the full blossom of his career.