FOR EACH GESTURE ANOTHER CHARACTER DOCUMENTARY FILMS

Films can be watched during Art Stations gallery opening hours, after consulting the staff.

The exhibition is accompanied by documentaries about the life and artistic creativity of Carol Rama, Greta Bratescu and Alina Szapocznikow.

Films can be watched during Art Stations gallery opening hours, after consulting the staff. 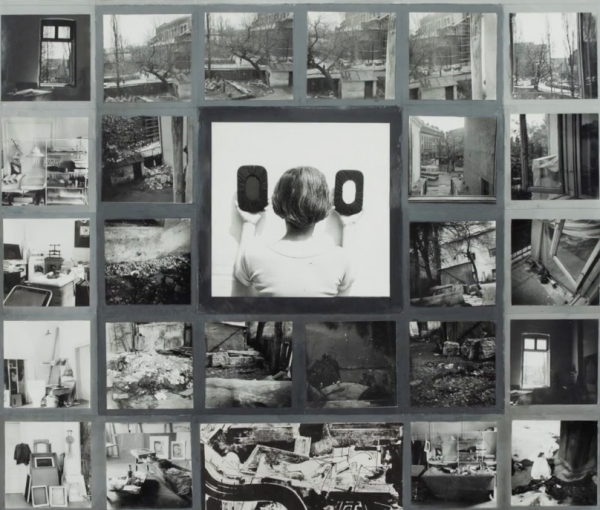 A documentary about the life and artistic output of Carol Rama who takes on the role of a guide in the film. The camera follows the artist and invites the viewers to visit places close to her heart. Her own words and stories told by the people surrounding her - artists, art dealers, friends - allowed the director to paint a multifaceted picture of the Italian artist.

Carol Rama. More and Even More was included in the official selection of the Locarno International Film Festival. It also won a special prize at the Palazzo Venezia's Art Film Festival in Rome.

GETA BRĂTESCU
The studio is myself. Geta Brătescu in Conversation with Christophe Cherix
2012 / 27 min
Producer: MoMA (an interview published at post: notes on modern and contemporary art around the globe)
Editor: Magdalena Moskalewicz
Language: French with English subtitles
Courtesy of the Museum of Modern Art in New York

The film is a record of Christophe Cherix's interview with Geta Brătescu, an artist of Romanian descent, conducted in her studio in Bucharest. Viewers are piloted through the consecutive stages of Brătescu's artistic endeavours reflected in her drawings, collages and projects presented on screen. Artist talks about the commitment and devotion which art requires and the need of constant development and self-criticism.

The film tells the story of Alina Szapocznikow's life and artistic creativity. People close to the artist, e.g. Annette Messager, Olivier O. Olivier, Claudine Martin, Francoise Collin, Michelle Zahorska, Wojciech Fangor or Krzysztof Teodor Toeplitz, were invited to collaborate on this unique, intimate portrait of the artist. The picture which emerges from the stories about Szapocznikow, her art and attitude towards the creative process is not only that of a beautiful and exceptional artist, but also, even more importantly, that of a woman whose art is full of references to the experience of war and the Holocaust, fighting with a disease and her own corporality, as well as a dire need of artistic expression.