Marysia Zimpel WHAT DO YOU REALLY MISS? (3),2 on tour: Paris / Norville

thanks to nadaLokal for supporting us with a studio space in Vienna. Special thanks to Yiannis Papachristos and Bruno Listopad for their artistic and friendly support.

Performance produced with the support of Polish Ministry of Culture and National Heritage in the frame of So What About Polish Dance 2015? project. 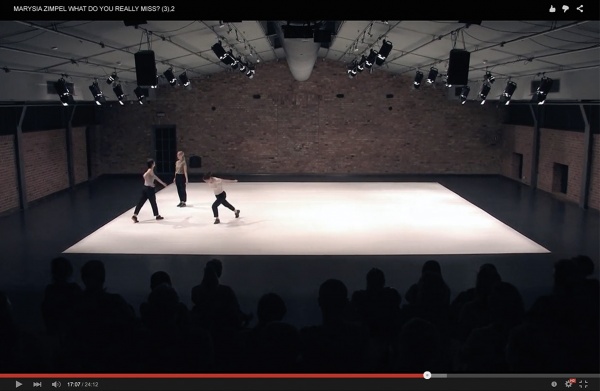 What do you really miss? (3),2 trio is a choreography based on specific, pre-given limiting parameters, upon which, the dancers create movement and grow in various volumes of intensity.

Starting point for a trio “What do you really miss? (3),2”, was an abstract solo with the same title. During the process in 2012, I asked myself, “what do I really miss?”. By rewriting the material for three bodies, the answer remains the same: it finishes on the question, or the answer must be: “I don’t miss”, or “nothing” in a sense that the empty space does not need to be filled in, it can rather become a very source of creation. In this work, body is constantly open for taking a step forward and backward, surrendering to gravity or elevation and each direction revolves into the space on vertical and horizontal control. In the trio content lies also in glimpses of brief encounters and flashes of accidental intersections between bodies. (Marysia Zimpel) 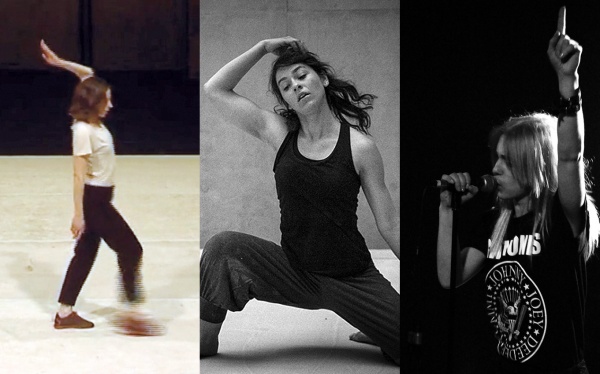 Marysia Zimpel focuses on movement research exploring borders of physicality. She studied at the HZT at the BerlinUniversity of the Arts (UdK), and also at the Institute off Cultural Studies at the AdamMickiewiczUniversity in Poznań. Maria’s encounter with Gill Clark, Rosalind Crisp and Isabelle Schad made a strong impression on her artistic development and understanding of dance. Maria Zimpel has authored pieces like Working like a Dog” which was her debut in a duet with poet Eric Green at the Image Tanz Festival in Vienna (2010); the solo What do you really miss?, created under the Solo Projekt 2012 in Poznań; s c a t t e r (2013/2014), in collaboration with Zeina Hanna and Bryan Eubanks (at the invitation of FrivMove Zamek/CK Zamek), noish~ (2014), which was created in collaboration with experimental musician Gerard Lebik (under the Performat series at Galeria Miejska Arsenał) and the trailer for the trio What do you really miss? with which Maria qualified for the prestigious Danse Elargie competition in Paris (2014). Maria Zimpel has worked with artists like Deufert&Plischke, Isabelle Schad, Aleksandra Borys, Rosalind Crisp and Kat Valastur. Between 2010 and 2012, she was a member of the Vienna-based theatre collective God’s Entertainment. Her artistic work is based mainly in Poznań, Berlin and Vienna. Recently, following Agnes Martin’s example, she has been referring to herself as an ‘abstract expressionist’.