We meet in the practice and we practice the meeting.
Stepping on ancestors shoulders,
we delve into the presence.
And transform the future. 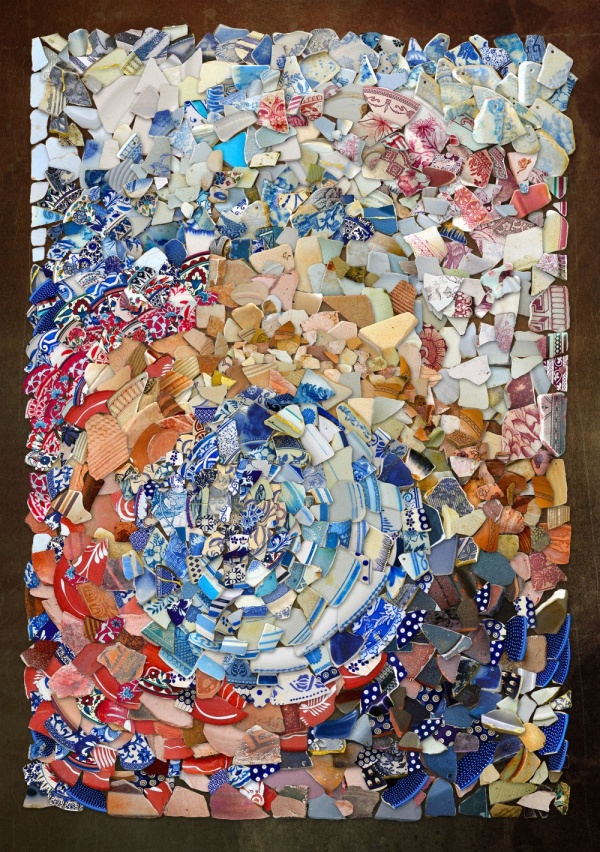 POLYPHONIES is the continuation of the project made in 2016 in collaboration with Vivadança festival in Salvador de Bahia, Brasil. It was based on a discovery (in 2013) of Polish dance artist Yanka Rudzka (1916-2008) that at the end of 50s of the XXth century emigrated to Brasil to establish there first ever department of dance (at University of Salvador) and to become one of the seminal figures for the development of choreography in Brasil. Totally unknown in her homeland, Yanka Rudzka revolutionised the local contemporary dance scene of Salvador, Bahia and turned out an outstanding choreographer and visionary dance educator combining (both in teaching and in her choreographic practice) modern dance (of German expressionism as well as of classical modern American style) with elements of local Afro-Brazilian culture, in particular the music and the rituals of the African spirit possession cult known as candomblé. Rudzka’s (then) revolutionary, controversial, and consistently implemented conviction was that contemporary culture could not develop without in-depth knowledge of its own sources an local traditions. Thus her artistic gesture of fascination with traditional culture, its deep analyses and strategy of transcribing it into contemporary choreography has inspired the project that has been implemented with the support of the Adam Mickiewicz Institute as part of the Polish Culture Year in Brazil 2016. The result was an exciting journey which took us to our dancing roots (and back to the present), and the performances of LEAVENING: an original choreography, created by Joanna Leśnierowska and Janusz Orlik as the result of a three-week residency in Salvador whose final presentation brought together on stage nine Polish and Brazilian dancers.

THE YANKA RUDZKA PROJECT: POLIPHONIES is the continuation of the project co-organised by the Adam Mickiewicz Institute as part of POLSKA 100, the international cultural programme accompanying the centenary of Poland regaining independence (as part of Choreographic Territories).
This time it brings together artists of Armenia, Georgia, Brasil and Poland which traditional culture seems at first so much different! However, when researched in the ethnochoreological perspective, next to fascinating and inspiring differences, it does reveal also fascinating similarities. These similarities include often their histories and accompanying narratives, organic relations with the ritual, universal values passed down from generation to generation, and the roles these dances fulfilled in communities, and some common basic principles of work with the body (such as flat footwork, indicative of the dialogue with the earth, or the low center of balance, or the idea of the vibrating body whose energy comes from the soil, or the occurrence of the same patterns of spatial and formal dance organization, not the least of which is the presence of the dominant circular pattern) - all of that can be encountered on almost every continent. As well as, last but not least, the fact that traditional dances are inherently group practices that bring us closer regardless of our beliefs, nationalities or skills, and they hold since always the very important power to create a COMMUNITY.
Establishing another step in our artistic journey to the dance roots, we are still very much convinced that without recognizing its own artistic sources contemporary art cannot fully develop. Practiced and deepened by reflection, non-stylized folk culture - both of dance and inextricably linked with it music - can become a major inspiration for contemporary choreography practice. Tracking not only the specific forms, but above all the narratives and values that accompany traditional culture, regardless of latitude, are an interesting contribution to the study of the community and ecstatic dimension of dance. Working on LEAVENING, the concrete strategies for processing movement material from the traditional culture area were clarified - both in terms of specific dances / steps, compositional patterns, and in the area of represented values (pride, joy, independence a.o.) and qualities – such as the intensity of energy levels, rhythms, the complexity of forms, the quality of particular life elements (such as water or fire, for which we find specific physical representations). In the course of our work, we pursue deep formal analysis traditional choreographic – decomposing them into the primary elements - deconstructing and re-constructing in the context of contemporary choreographic practice. These strategies will also be the basis of the work in the Caucasian edition of the Yanka Rudzka Project.
The theme of the work and a starting point for the performance is - inspired by the local musical tradition - a quest into the possibility of "polyphonic body" and "polyphonic choreography". We will focus on finding and practicing a “body of many voices” capable of "polyphonic" action by activating many parts of the body at once. At the same time, during improvisational sessions, we will be thinking together about the possibility of "multi-voiced" composition of movement - both at the level of quality and narration. The search will focus on the physical practice of the "polyphonic body" as well as on the theme of polyphonic choreography - composition - the "melody" of dance composed by many different bodies (voices) ad hoc, in the real moment (real time composition concept). Finally, we will also introduce a practice of “noise in the body” - a practice of movement research conceived by Leśnierowska/Orlik based on a search for physical representations of corporeal polyphony (and cacophony), a language of body containing a multitude of coexisting voices, the body that tries to communicate (through) them.
THE YANKA RUDZKA PROJECT embarks on a journey guided by the questions: where do we come from? What does our dance tradition entail—what narratives, what values, what formal elements that can potentially inspire contemporary choreographic practice? The imperative of the proposed journey and its undeniable value is the meeting of cultures —meeting through practice, which enables us to comprehensibly explore, understand, and confront with the unknown, foreign culture but also - with our own. The project allows a unique meeting with one’s own tradition, perceived and experience through the eyes (and bodies) of the Other, and leads to – often unexpected - discovery of that culture for contemporary choreographic practice. 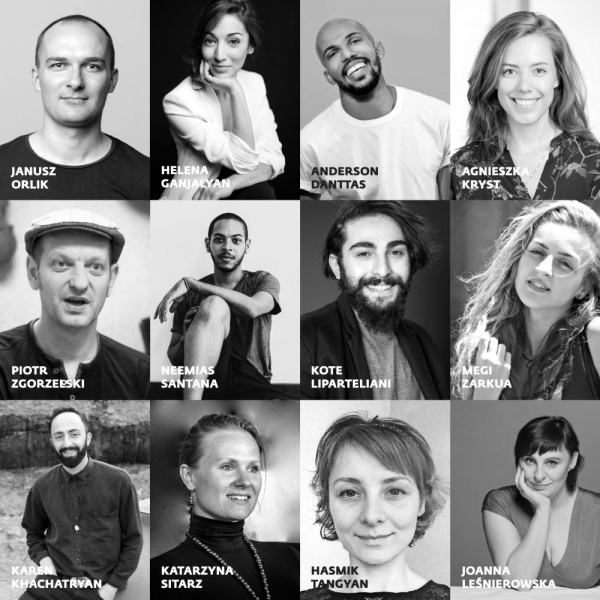