production:
Art Stations Foundation by Grażyna Kulczyk in the frame of Solo Projekt 2013 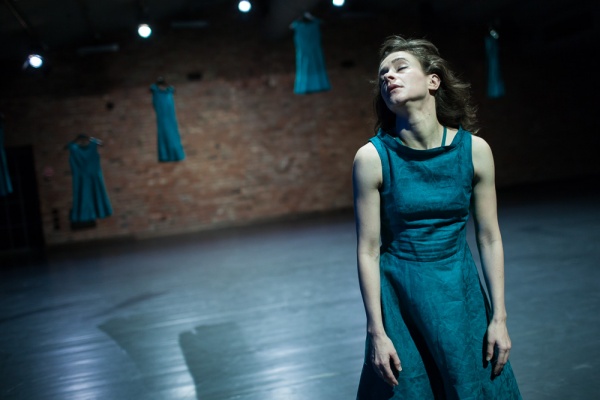 What was it? A meteorite or a visitation from outer space?
Whatever it was, in our small land it appeared.
Wounded by such encounter, we regretted never being able to disappear at will.
The catastrophe began with a dramatic collapse of the core and an expansion of the outer
regions. To form a giant. A supergiant.
On 8th boulevard, right after sinuous curves.
We sent in troops. No one returned. Gradually, the air supply gives out.
Absence persists. We must endure it.
We will manipulate it: transform the distortion of time into oscillation, disorientation.
Run, as fast as we can, to stay in the same place. 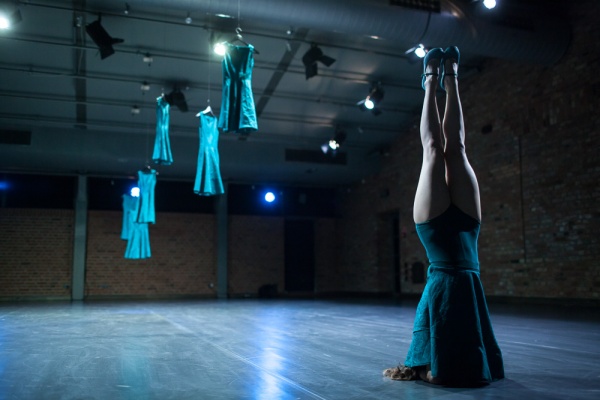 Korina Kordova dancer/choreographer Korina Kordova worked in her native Brazil and in Holland before joining the Silesian Dance Theatre (PL). A member of SDT during 7 years, she worked with a number of Polish and international choreographers, performing in Europe, North America and Asia. Worked with Jacek Łumiński (PL), Anna Piotrowska (PL), Barbara Bourget (CAN), Mihai Mihalcea (RO), Idan Cohen (ISR), Kuik Swee Boon (SGP), Suzana Gomes (NL/BR) Irad Mazliah (ISR) and Helena Ganjalyan (PL). Has also cooperated with Kokoro Dance (CAN), BalletMet (USA), Samovarteateret (NO) and Teatr Tańca Zawirowania (PL). She is the author of the solo pieces “Mobile Variations”, “Night”, “Karolina” and “Borderline”. She was a scholarship holder in the Alternative Dance Academy 2012 at the Stary Browar Nowy Taniec / Art Stations Foundation by Grażyna Kulczyk. In the same year, she started her own artistic collective Flesh System with the intent of collaborating with other independent artists. In the frame of Flesh System, she co-created the duets “± 30 we are here for you” and “Once/Twice Simultaneously” with Przemek Kamiński. She's a member of Centrum w Ruchu – an association of independent dance artists based in Warsaw.
korinakordova.com