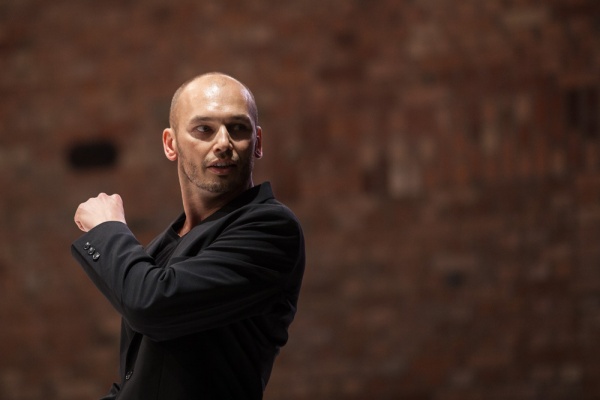 On an empty stage, Wygoda, in a black suit, fell into narcotic states and revelled in dance. Apart from the beauty of citations from original shows and the performance quality, the show had something valuable – a point of mass in the form of a distinctive protagonist. The creators, fascinated with Nijinsky’s Diaries, reconstructed his character as the embodiment of dance itself featuring a hint of madness. Starting with small gestures, Wygoda imparted his insanity and the impulses that stemmed from the subconscious with a growing boldness. TaniecPOLSKA.pl, A Ty, lubisz patrzeć? – o XII edycji Festiwalu Ciało/Umysł, Adela Prochyra.