Since 2015, Art Stations Foundation has been awarding an annual research scholarship which is an expression of its belief in the necessity of in-depth research in the field of contemporary choreography as an essential condition for its development. At the same time, the scholarship forms part of the Foundation’s long-term work to promote and cultivate choreography and to widely disseminate both choreography and knowledge about its latest phenomena.

In connection with the transformation of the Foundation’s activities following the closure of the Old Brewery New Dance programme, the scholarships in 2021 also feature a programme dedicated to supporting artists in producing individual projects. Both scholarship programmes are guided by the intention to promote projects by artists and researchers who, like the Sponsor, are ready to take creative risks and forge new pathways in the context of the current reality. They support those who seek (and formulate) their own innovative strategies, solutions and methods in the field of both theoretical reflection and choreographic practice. Hence the focus of the programmes is on experimental forms which are a reference to the philosophy and practice of expanded choreography.

This year, Grażyna Kulczyk is also awarding, for the first time, a creative scholarship. In view of the high quality of many submitted projects, the Sponsor has decided to extend the number of beneficiaries from the planned three to five. By the decision of the Scholarship Committee of 3 March 2021, the scholarships have been awarded to Sonia Borkowicz, Alicja Czyczel, Magdalena Przybysz, Agata Siniarska and Iza Szostak.

Sessility is a project where we will explore the possibilities of communication between plants and humans. We will try to transform how we develop our relationship with the ecosystem. We will use technology as a potential medium to open new communication channels. We will study the behavioural patterns of plants, their movements, sounds, as well as their impact on people. As a species, we have to redefine our relationship with plants and the environment. Plants function in a different temporal order, hence we tend to see them as green automatons, instead of living beings requiring respect and autonomy. The project will result in a durational research-based performance, a sound and choreography installation for two performers and plants. The project is a collaboration with Kuba Borkowicz. Sonia and Kuba are cousins, a family duo of dancers/performers. Currently living in a forest. Together, they work on interdisciplinary projects.

Sonia Borkowicz is a dancer, choreographer, dance pedagogue, manager and curator/ coordinator of diverse artistic projects. She majored in dance and pedagogy at the Anton Buckner University in Linz (AT), and in project management at Kozminiski University in Warsaw (PL). Her practice combines contemporary dance techniques, somatic practices and Tai-chi. She loves dancing with trees and clouds, and in her recent work, she has been exploring non-verbal communication with plants and fungi. Sonia is the cofounder and manager of the Austrian/French interdisciplinary association Collective B, where she also works as an artist. With Collective B, she has performed at many festivals, including FAKI Festival, Zagreb (HR), TanzHafen Festival, Linz (AT) and Echo Echo Festival, LondonDerry (IR). She is currently developing and cocreating Bosko Kaliska, a place for artistic residencies situated between Poznań and Berlin.

The current focus of my ecosomatic choreographic practice is observing the polyrhythmic relationship between the porous body and the natural surroundings. My explorations in the dance studio are based on, among other things, experiencing what kind of kinaesthetic qualities and emotional processes are stimulated by a sonic imagination tuned to the environment. I dance, speak/write, accompany my mindfulness, fool around, improvise. I weave poetry about the weather into the body-archive and produce micro soundscapes through improvisation on objectophones. I test new rhythms, clusters of words and compositions, multiplying several-minute-long sound scores. I enjoy the potential of various words to turn into onomatopoeias (e.g., the word ‘wind’ properly placed on the tip of the tongue and behind the teeth can take on a self-referential and sonorous character).The concept that I will develop under the ASF Creative Scholarship is an extension of my interest in the audio-description of dance and the sound art/research project Choreophonie (2020). More details coming soon. 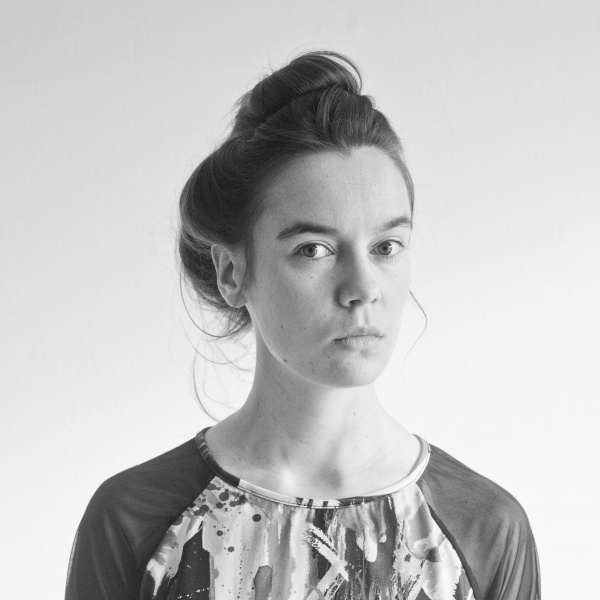 Alicja Czyczel (b. 1991) is a choreographer, dancer/performance artist and cultural studies scholar. She grew up in Tricity and is now based in Warsaw. She holds a bachelor’s degree in film studies (Jagiellonian University) and two master’s degrees: in cultural studies (University of Warsaw and Paris-Sorbonne, 2016) and in choreography (ICI-CCN Montpellier, 2019). Moreover, she completed a one-year course in experimental choreography at Centre in Motion (Centrum w Ruchu), Warsaw (2015) In 2017, Alicja won the Jerzy Gota Prize (Theatre Institute in Warsaw) for her master’s thesis on the history of Polish theatre (2017) and has held the following scholarships: Young Poland (2018), Alternative Dance Academy (2018), danceWEB (2019) and Culture Online (2020), as well as the Art Scholarship of the City of Warsaw 2021. Alicja has performed in projects by artist Joanna Piotrowska and choreographer Vincent Dupont. She has collaborated with the Museum of Modern Art in Warsaw as an educator, and with Burdąg Foundation as a communications consultant. She has also contributed to the contemporary music magazine Glissando. Alicja’s website: https://cargocollective.com/alicjaczyczel
Alicja’s subpage on Leksykon Choreografii: http://choreografiawsieci.pl/alicja-czyczel/

Last year, under a creative grant from the Ministry of Culture and National Heritage, I wrote a book titled Dzienniki choreograficzne (Choreographic Diaries). It consists of two parts: the PRACTICAL ‘Choreopraktyki-pudełko z ćwiczeniami’ (Choreopractice: a box of exercises), which I will continue to refine during classes with my students, and a HERSTORICAL account of my personal journey, which I share with my readers: from the description of the first somatic experiences as a Child of the Chernobyl Era to the ‘bodymind’ experiments in the contemporary Times of the Sixth Mass Extinction of Species. I now face a multi-level journey of CHOREOGRAPHING A WRITTEN TEXT. In my creative work, I want to focus on giving words and sentences a form that will create a choreographic composition for the readers, a kind of performance where what matters is both content and shape, just like in concrete poetry. As a result, I will create a choreo-art book consisting of many choreo-graphics. I will construct it using the strategies I use when creating a dance performance. You will be able to follow the process on The Choreographic Diaries Facebook profile. 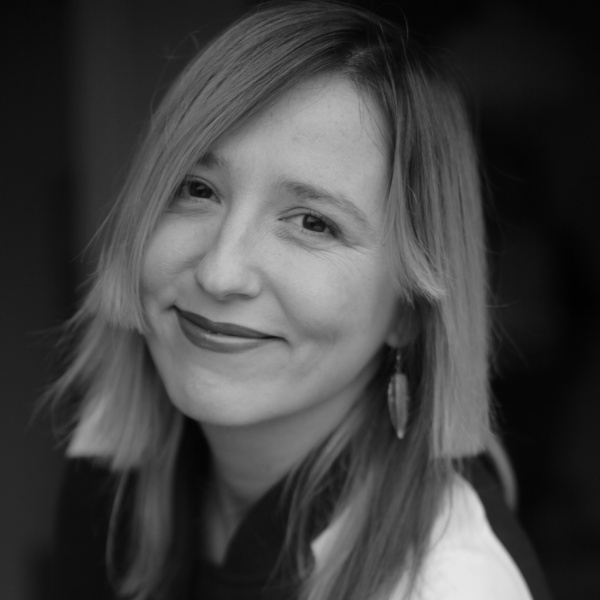 Magdalena Przybysz is a choreographer, teacher and writer. She incorporates choreographic strategies into education, theatre, film, VR, music and dance, in addition to popularising new dance and choreography on her Facebook profile The Choreographic Diaries. Magdalena has worked with MML collective, Hoteloko movement makers, Klaudia Hartung-Wójciak, Iga Gańczarczyk, Jakub Wróblewski, and Patryk Lichota, among others. She has also taken part in projects by Grand re Union and Common Space. She is also a columnist for taniecpolska.pl (“Choreo Kim Chi”). As a teacher, Magdalena works at the Academy of Music in Łódź (Somatics in Dance and Therapy), and the University of Warsaw (Democratic Warm-ups in Social Arts studies, summer term 2021). Moreover, she is head of the postgraduate course Communication in Organisations Based on Empathy at the SWPS University.Magdalena is a two-time winner of a creative grant from the Polish Ministry of Culture and National Heritage (2012, 2020) and the recipient of the Solo Project scholarship from Art Stations Foundation by Grażyna Kulczyk (2009).

"Audio-choreography" as a strategy for expanding the choreographic medium. In the proposed project I would like to focus on extending choreography in its sound layer, as a medium for listening and thus stimulating the body, imagination, mind and senses in a field other than the visual. The space of choreography will no longer be the space of the stage, but the whole audio-trajectory from the sound source, where it was produced and recorded, to the perception of the audience. "Audio-choreography" is a strategy I would like to develop as a proposal of expanding the field of choreographic activity during pandemics and an attempt to translate dance into another medium. The creation of "audio-choreography" is an attempt to develop a new artistic language and a different ontology of dance. During the project I will also explore the possibilities for the reception of choreography by people with vision impairment or low vision in order to broaden the tools for increasing access to this medium. The form of the podcast will be realized in such a way as to explore the non-visual possibilities of receiving choreography and to widen the possibilities of receiving it through the sense of hearing on a larger scale than during live choreographic performances. 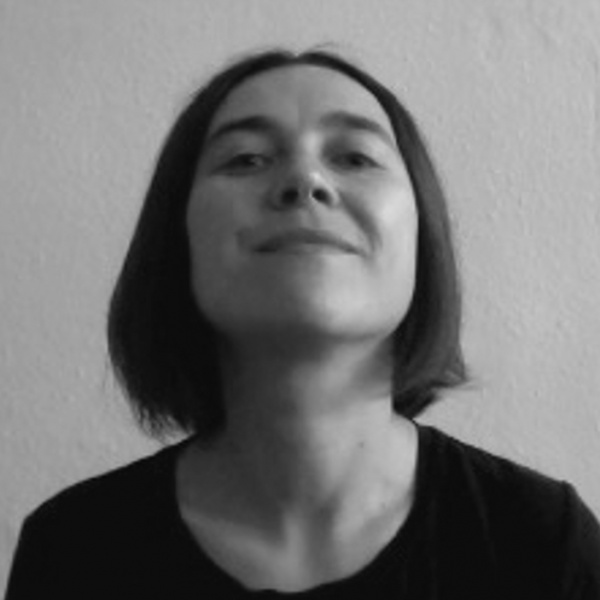 Agata Siniarska works within a field of dance and choreography. She places her practice between how we think about the world and how we move in it. It is a place where somatics and politics intersect - a place where body perception meets social engagement - between somatic and environmental landscapes, between human and non-human bodies.
http://cargocollective.com/agatasiniarska

In my project, I will focus on conceptual-choreographic research related to the issue of the virtual body. In VR I see the possibilities of embodiment as the most interesting field of discovery, which seems to be inexhaustible in terms of movement. I am fascinated by the range of countless solutions, but also by the number of limitations of the cyber body. This includes the important process of developing appropriate performative forms to give the audience an experience of immersive perception. In the autumn of 2021 Trafostacja Sztuki in Szczecin will hold an exhibition titled Top of the Table focused on football and its sociocultural impact (curated by Stanisław Ruksza and Anna Ciabach). The exhibition will feature my performance and video project designed using VR technology. Among other things, the video will include elements of football aesthetics. The work will present avatars who will perform fixed sequences of a choreography designed to a score of football regulations. The football players transferred from the pitch will be given slightly different motor capabilities. The performance will, in a way, be a guided tour of the predesigned virtual environment. 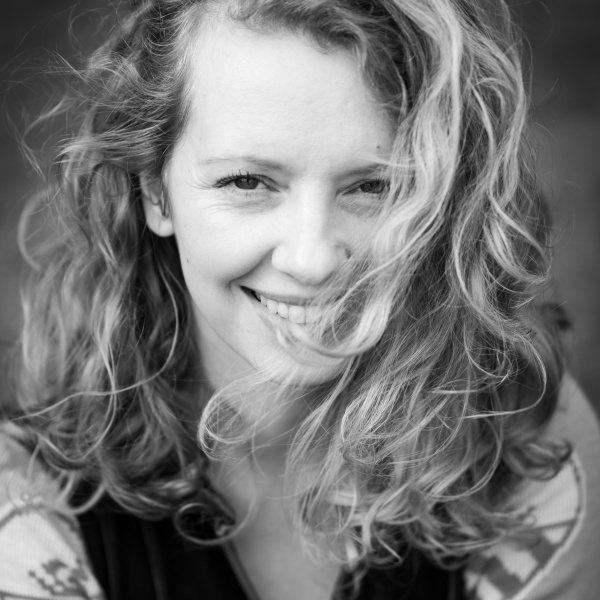 Iza Szostak is a choreographer, dancer and performance artist. In her artistic practice she uses the premises of new materialism, which allows her to perceive matter as an active and causative force, and to base her choreographic work on a created system of communication between the body and the object. As building material, she uses processed images from the field of visual arts and film, anthropological research, private video archives and her own biography. In her performances she explores hybrid forms. The body appears as a costume and a medium: a carrier of emotional states. Choreography is to her an instrument for creating a new order. Iza is a graduate of the Warsaw Ballet School and Codarts-Rotterdam Dance Academy (the Netherlands). She has received scholarships from the Polish Ministry of Culture, the Dutch Corrie Hartong Fonds, Visegrad Fund and the international SPAZIO project, as well as the Alternative Dance Academy and Solo Project scholarships from Art Stations Foundation by Grażyna Kulczyk.The performances Iza has created include: RE//MIX-Merce Cunningham; Body. Child. Object; Europe. Investigation; Copairic Ballet; National Affairs; PRIV; le journal secret; and Skaj Is the Limit. Iza has worked closely for many years with audiovisual artist Kuba Słomkowski. She also co-creates the Warsaw choreographic collective Centrum w Ruchu and collaborates with Dream Adoption Society, a laboratory working with new technologies (VR, AR and AI).