During their residency artists worked on their newest piece Reside 2.1 Man in Mall. 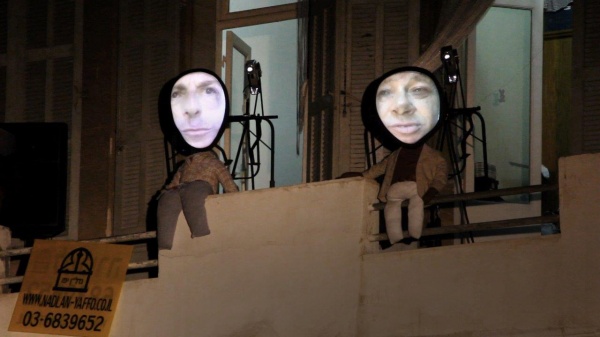 Man in Mall is a new collaboration between media artist Daniel Landau and choreographer Anat Danieli and is part of their on going “reside-project” research performance platform. The point of departure for their research is to examine the relationship between people and place tracing large social-political processes and their effect on the privet and personal reality. Through processing and abstracting social mechanisms into the building blocks of movement & voice they explore key notions of body, time, and identity.

In Man in Mall, reside-project is entering the generic consumer dream world – Stary Browar in Poznan. The Shopping Mall offers a theatrical stage providing a temporary relief to life’s mundane reality inducing people to execute their economic duty and shop. How does individuality find its voice in this jewel construct of capitalism? The 6h a day, three days long performance will blend into the shopping mall fabric and will explore the mall’s transient nature in contrast to its new performing residents.

Man in Mall uses a unique process in which filmed faces are projected on large masks and operated by live performers - creating a ‘digital physical consciousness’ – a place where reality and fiction merge, amplifying the sensibility & fragility of the characters presented.

The choreography of Man in Mall is one of action, positioning and connection: The movement of the body as an extension of the mask and talking head, whereas at times the body physically detaches from the mask and offers a challenging, compensating, or consoling choreographic reality, a place where imaginary reality can exist 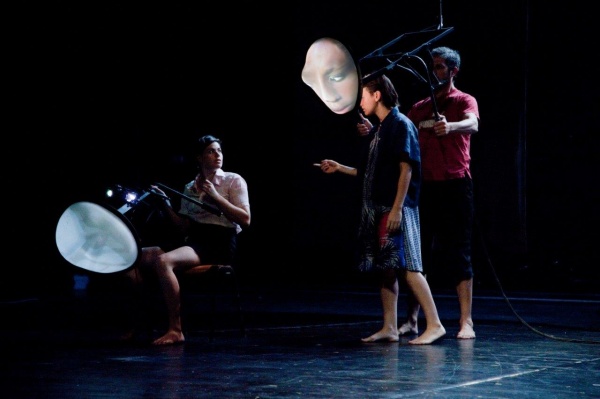 Daniel Landau is a multidisciplinary artist, engaging in performance, video and installation work. He completed his second degree in new-media and music-composition at the Royal Conservatory in The Netherlands where he lived and worked for more than a decade. Daniel’s work typically uses multi-layered processes of research, documentation and mediamatic exploration – investigating the interchangeable qualities between documentary and abstraction. His interest in narrative-mechanisms is essential to his examination of time, identity and social-political realities. His work has been presented in major venues, museums and festivals worldwide among others: Jerusalem, New-York, Amsterdam, Berlin, Paris and Mexico City. Daniel teaches Art and Technology at the Midrasha School of Art. He is also the co-founder of “Information & Mind” a research program examining the social and psycho-cognitive effects of hyper-connectivity and information overload.